We had another great day of touring around Israel.  It started with going down to the shore of the Sea of Galilee and trying to catch a ride on a boat.  We walked down the dock with no tickets in hand hoping to get a ride somehow (we could not find where to buy the tickets).  We talked to the boat captain and asked how we could get a ride - he said to ask a tour guide.  We turned around and there was a group of Japanese coming down the dock, we asked if we could join them and the tour guide said no problem.  So we went on a boat ride over the Sea of Galilee with a vessel showing a Japanese flag and playing their anthem.  It was a great experience.  I stood up during the ride and started walking over the sea (while still in the boat)! 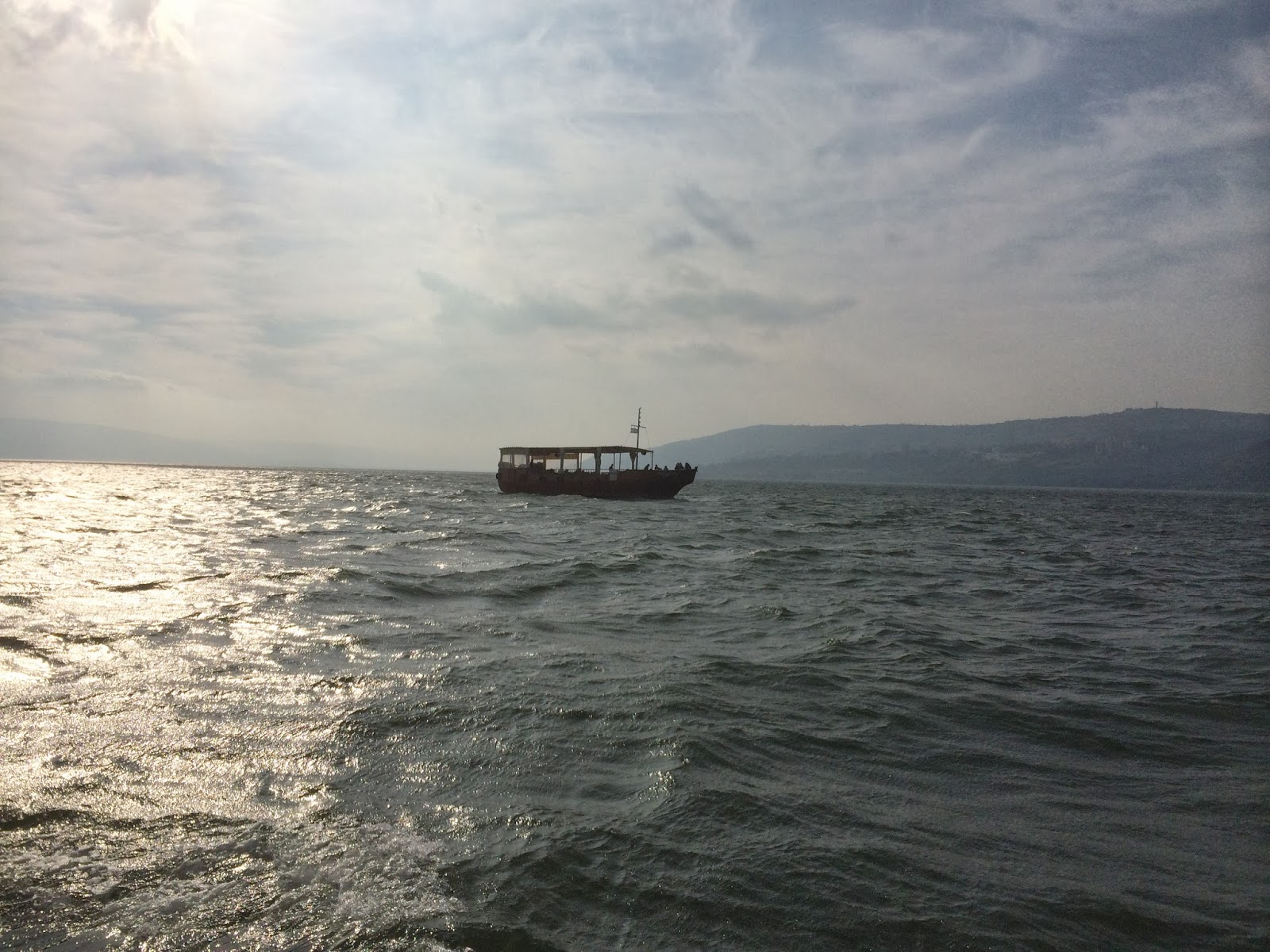 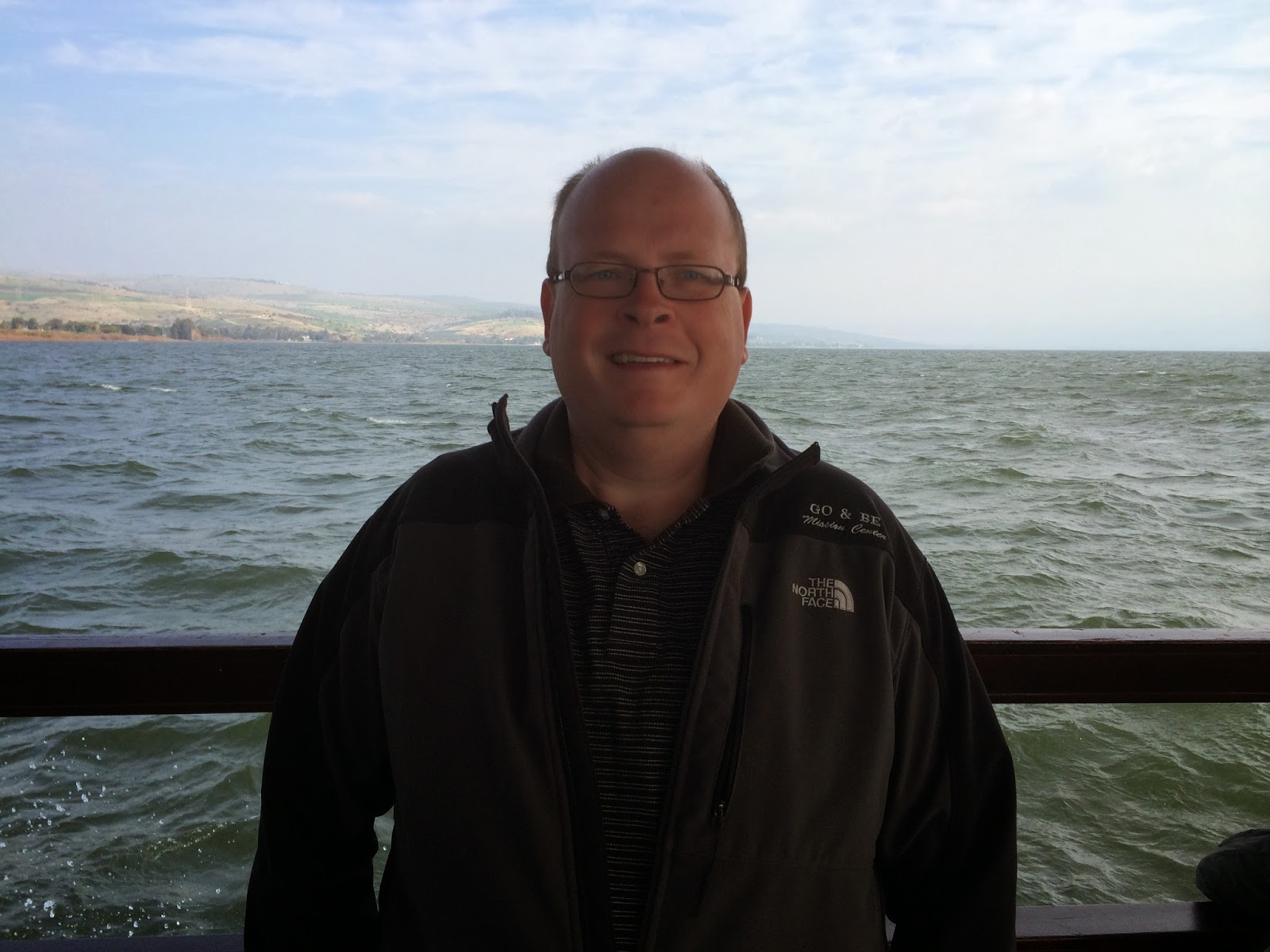 Next stop was Kursi where there is a good chance Jesus met a demon possessed man and sent the demons into a near by pig herd.  The story is found in Luke 4:31-37.  It was great to be at another place that Jesus was near.  The Galilee area has so many spots where Jesus performed miracles, shared parables, and spent time.
The next stop for us was the Roman Ruins at Scythopolis.  I have always been enamoured with Roman Civilization and to see so many ruins at this site was amazing!  There was a theatre, a bath house, a public washroom, roads and much more. 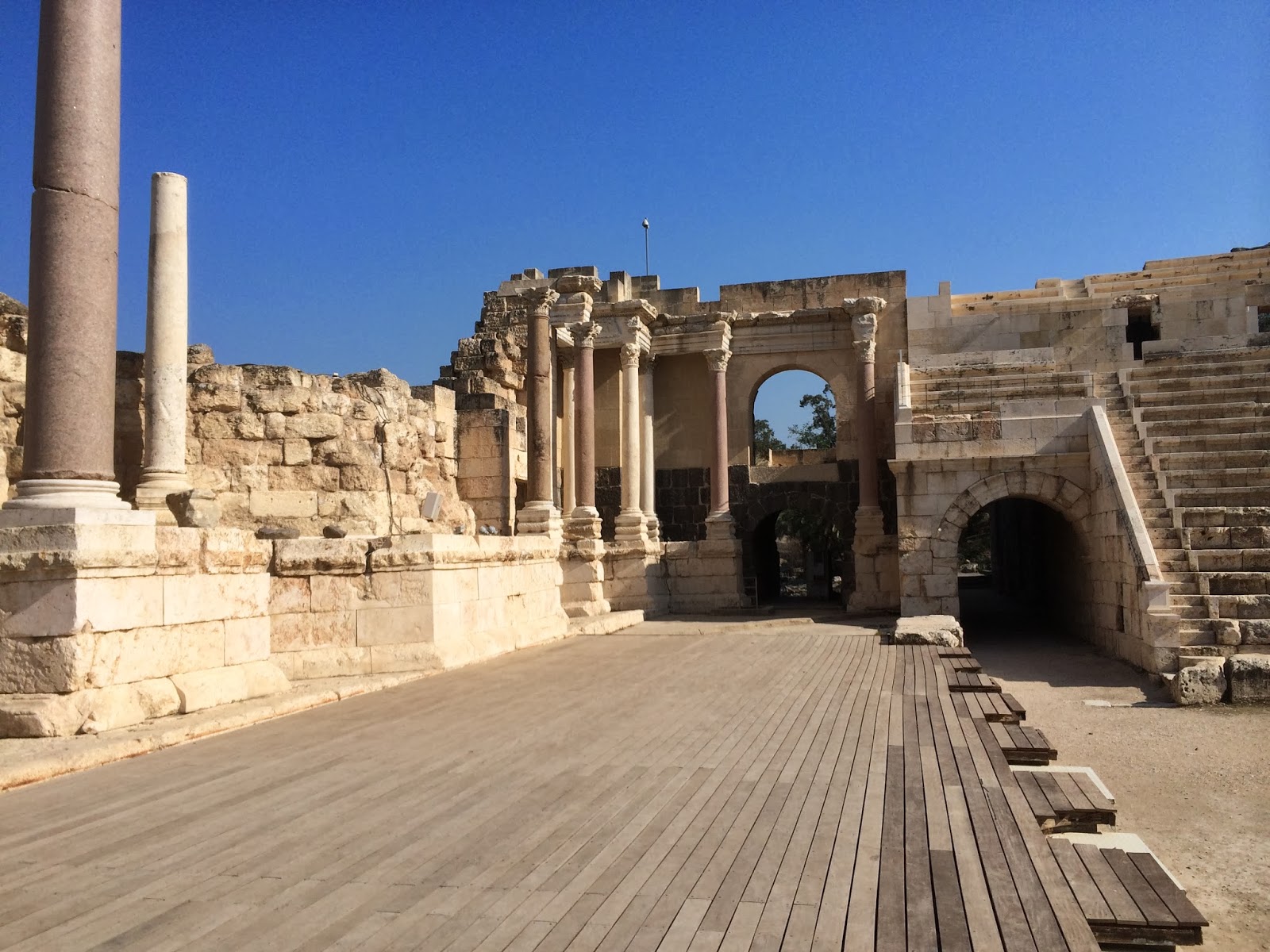 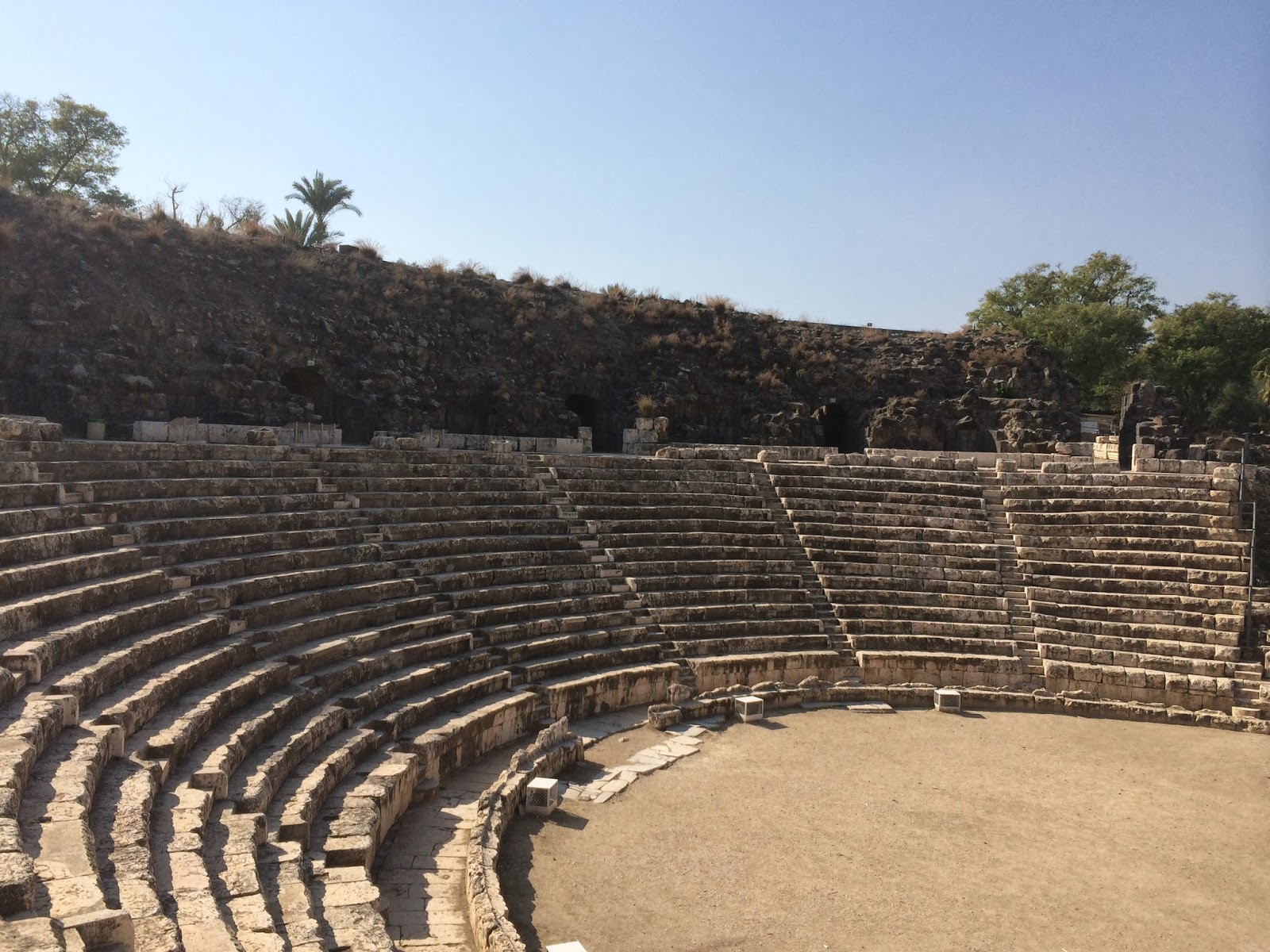 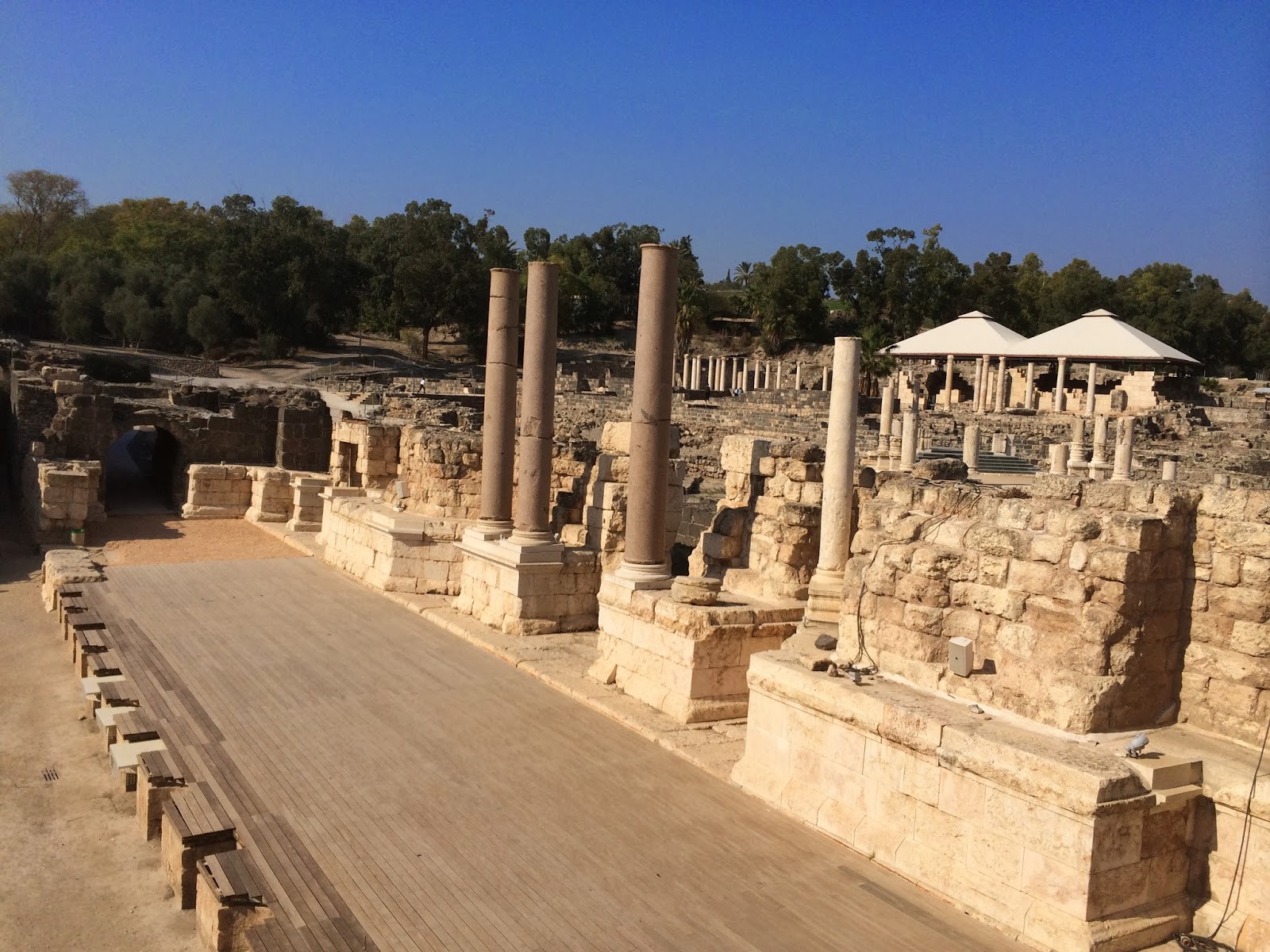 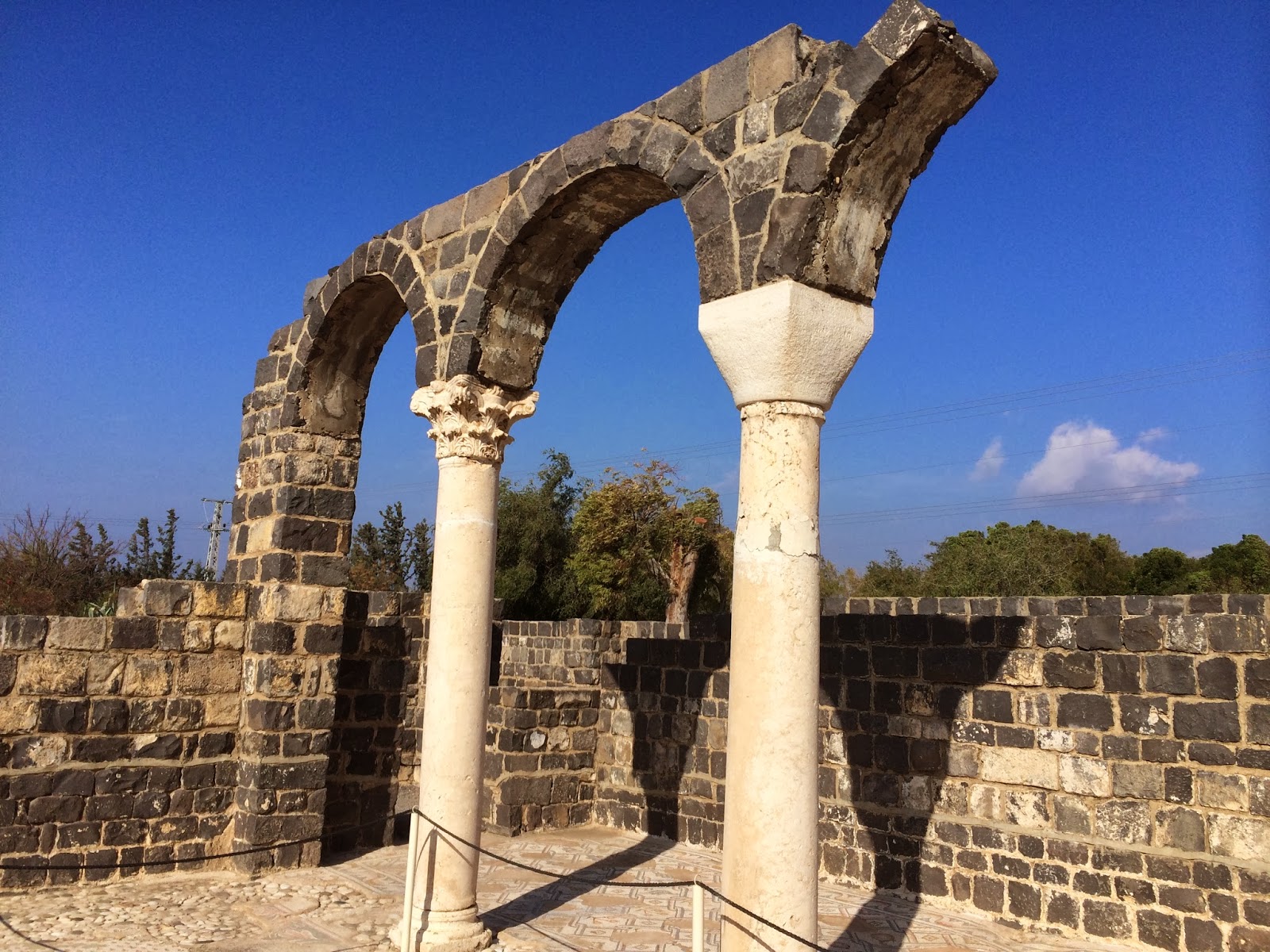 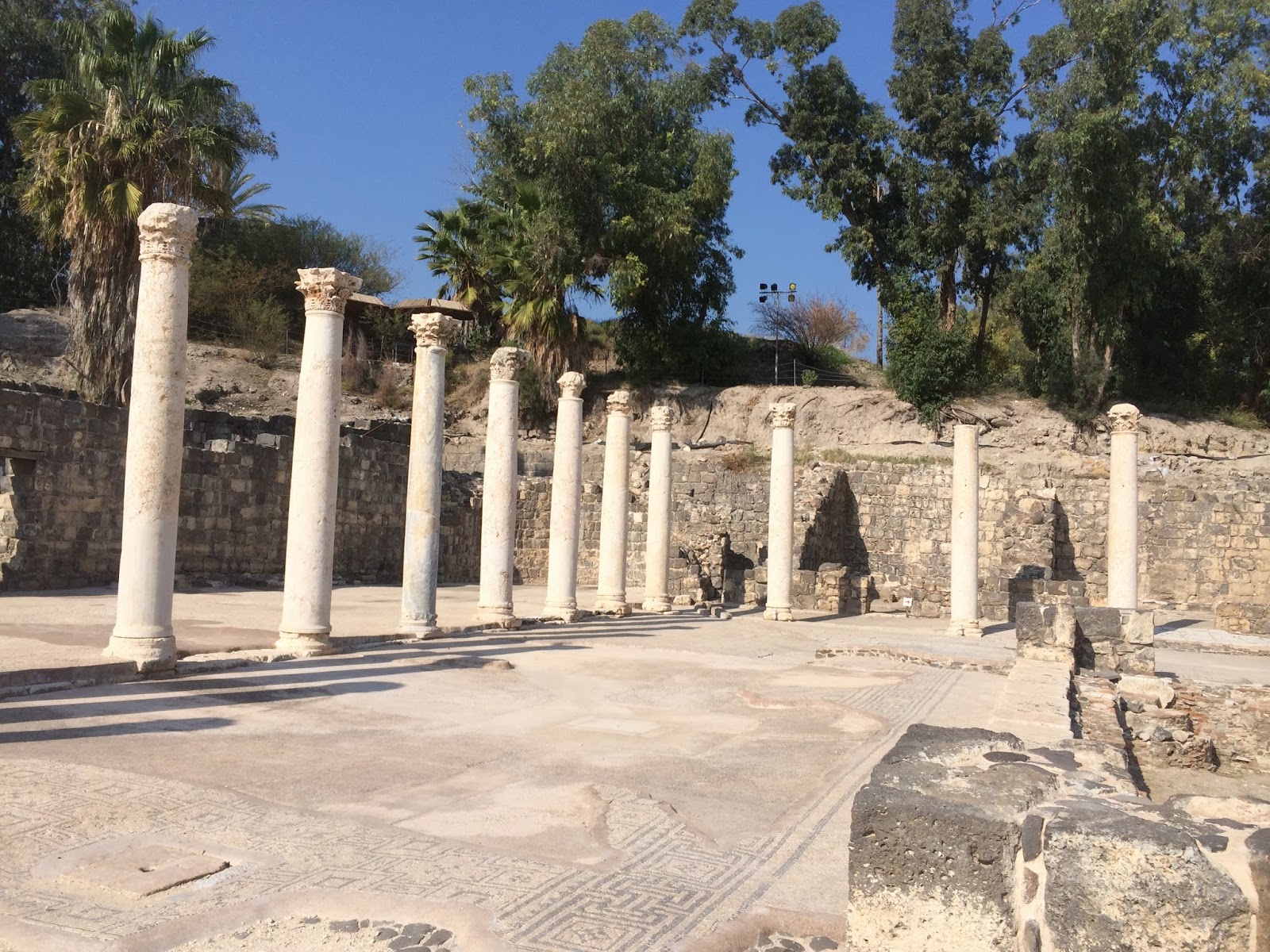 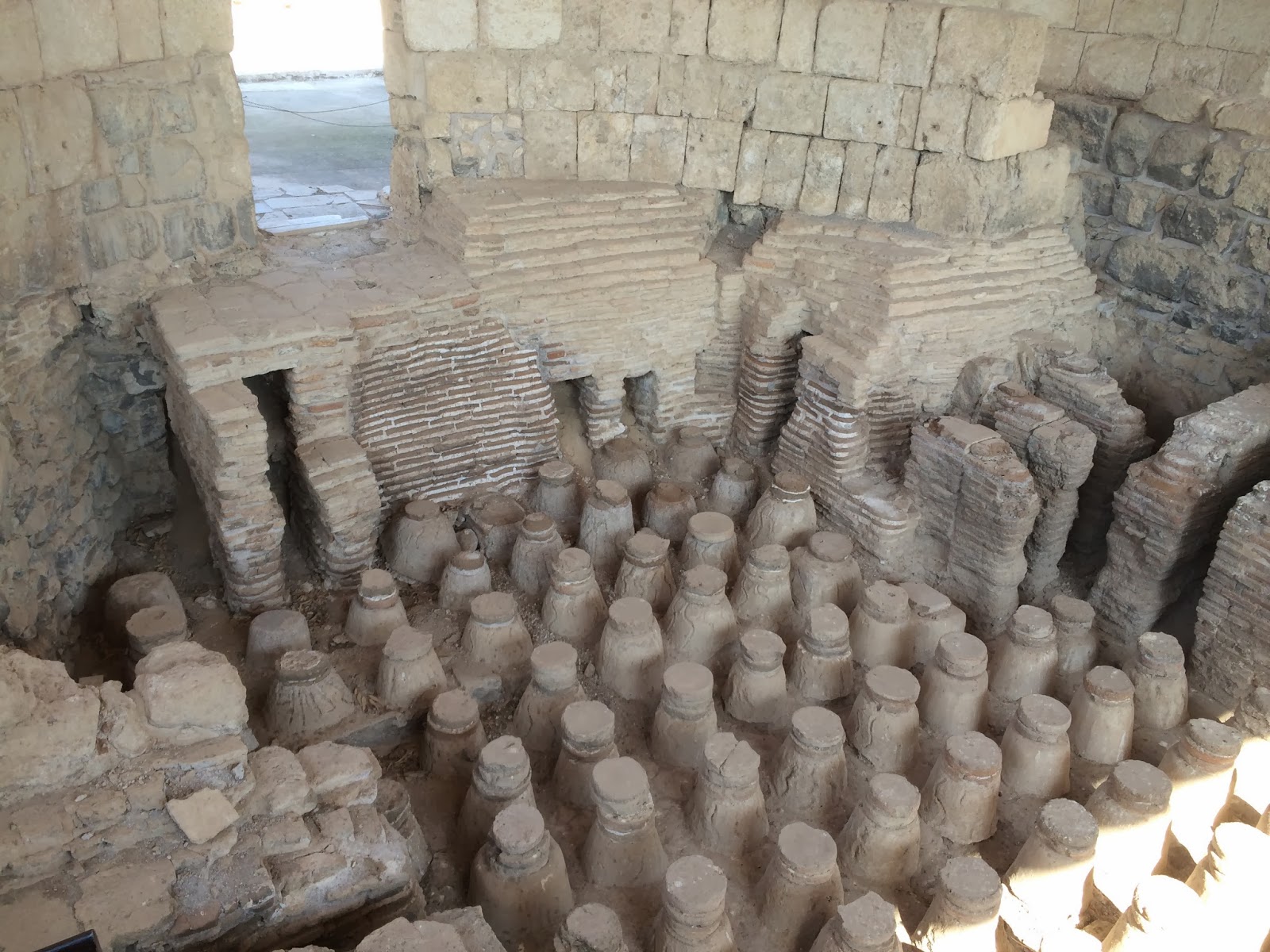 Here is the base of the floor for the Sauna.  The Romans would place a marble floor over top of these pillars and have hot ovens sending heat to underneath the floor.  The pillars give lots of room for the air below the floor to heat up.  Ingenious! 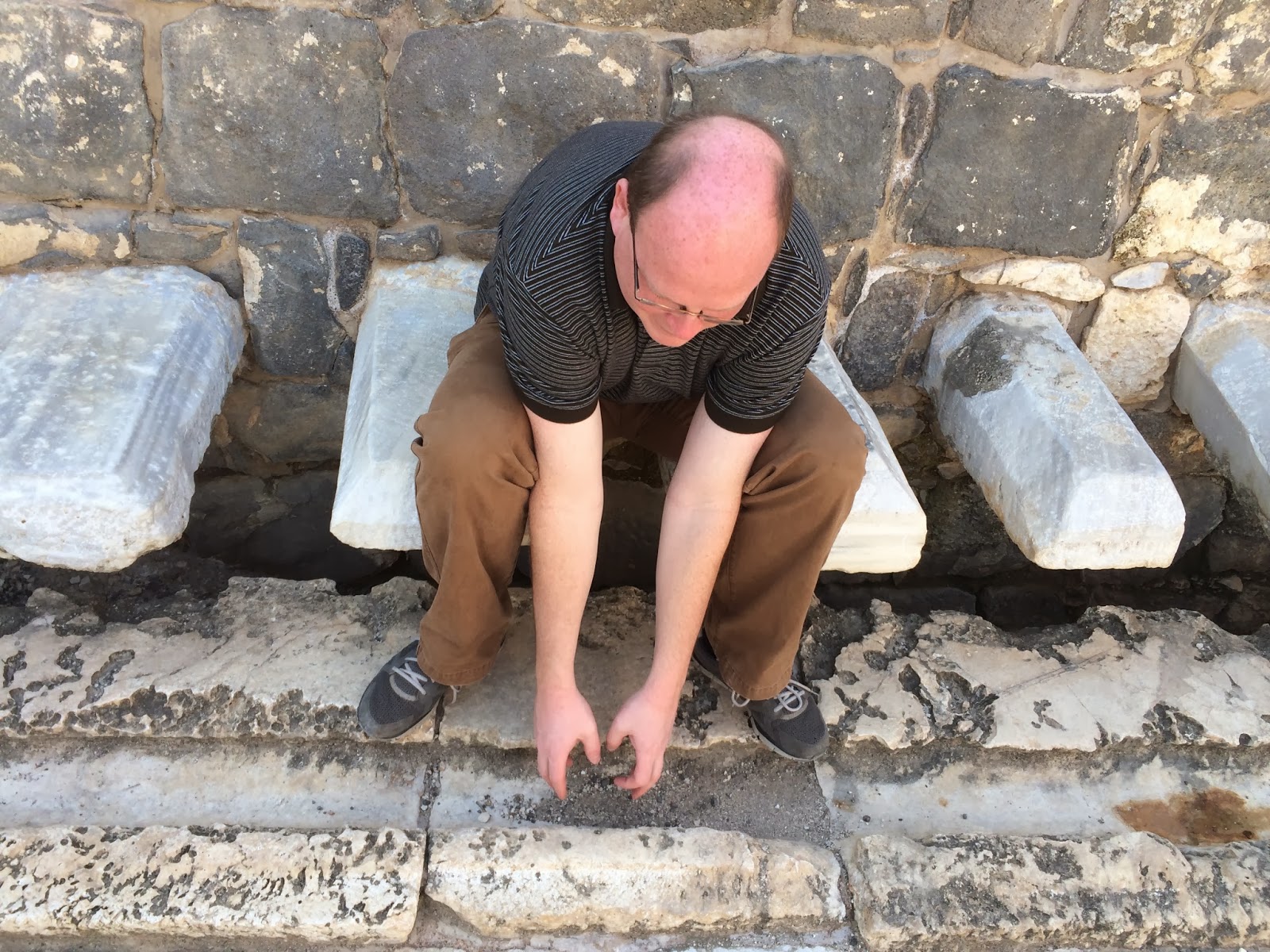 Here I am checking out the toilet! I am reaching into the trench to wash my hands. This is one big outhouse.
Then we took a road along the Jordan Valley that went towards Jerusalem.  It was an amazing site to drive beside the lush valley in the hill country.  We saw shepherds herding sheep in the same way that David did and also the shepherds at the time of Christ.  We also drove by the area that Abraham asked Lot to decide which land to take (he chose the lush Jordan Valley while Abraham stayed in the hills) Genesis 13 & 14.  We could understand why Lot chose the Valley - but it also led to his downfall because of the others that lived their.
Then we entered Jerusalem!  We parked are car by a bus stop and walked for 20 minutes to the location of our hotel in the old city of Jerusalem.  The old city was built 500 years ago by the Ottoman Empire and has four different quarters - Muslim, Christian, Armenian and Jewish.  We walked to Casa Nova which will be our home for the next two nights.  Here is what the paths in the old city look like.  Sometimes there are even cars driving through! 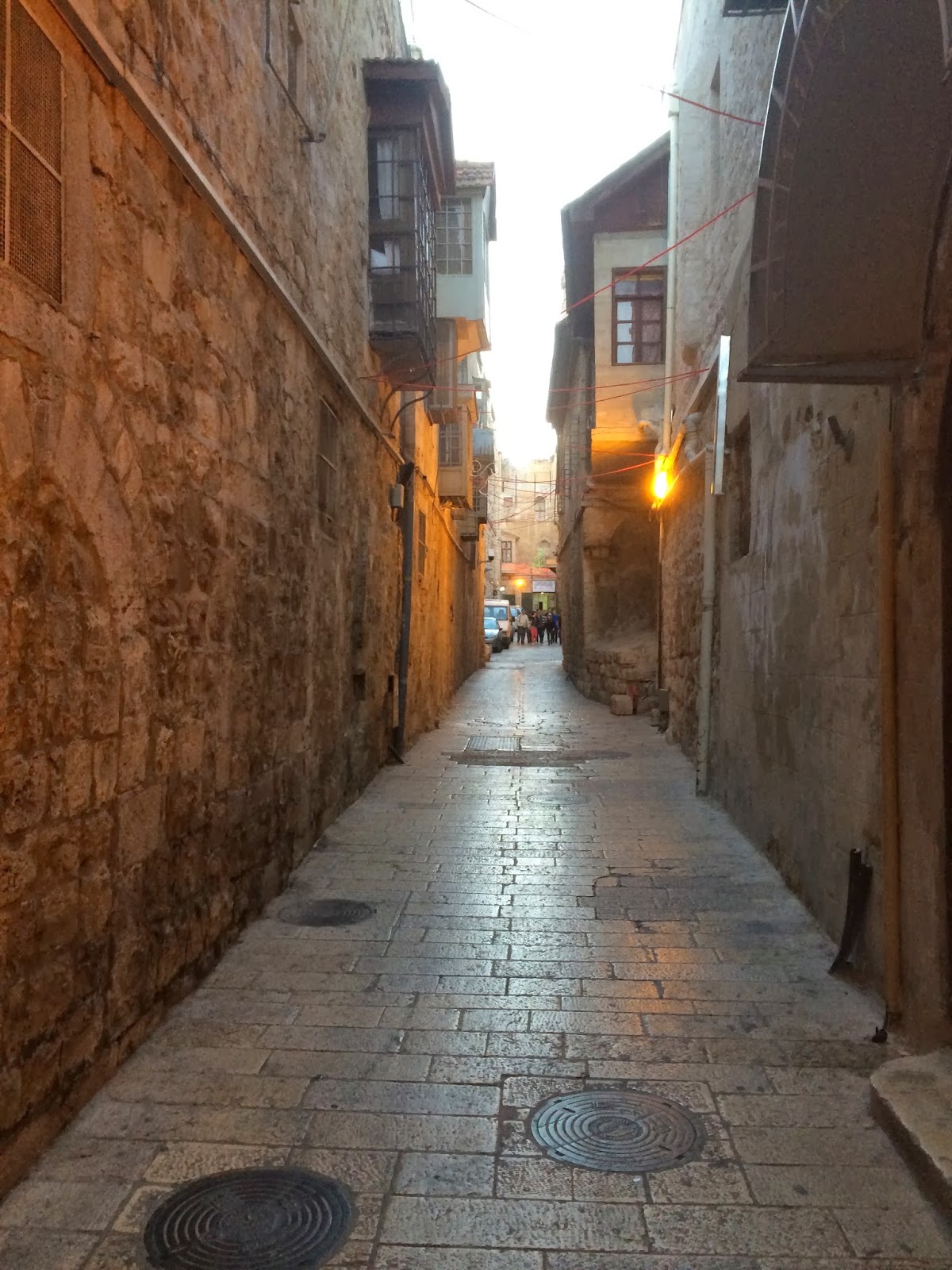 Then another miracle happened!  While walking around in the old city, we ran into another Saskatchewan resident - Jerry Buhler.  He has been living in Bethlehem and was in the old city just for a few moments.  It is unbelievable for this to happen twice on our trip.  Thanks to Jerry for the supper! 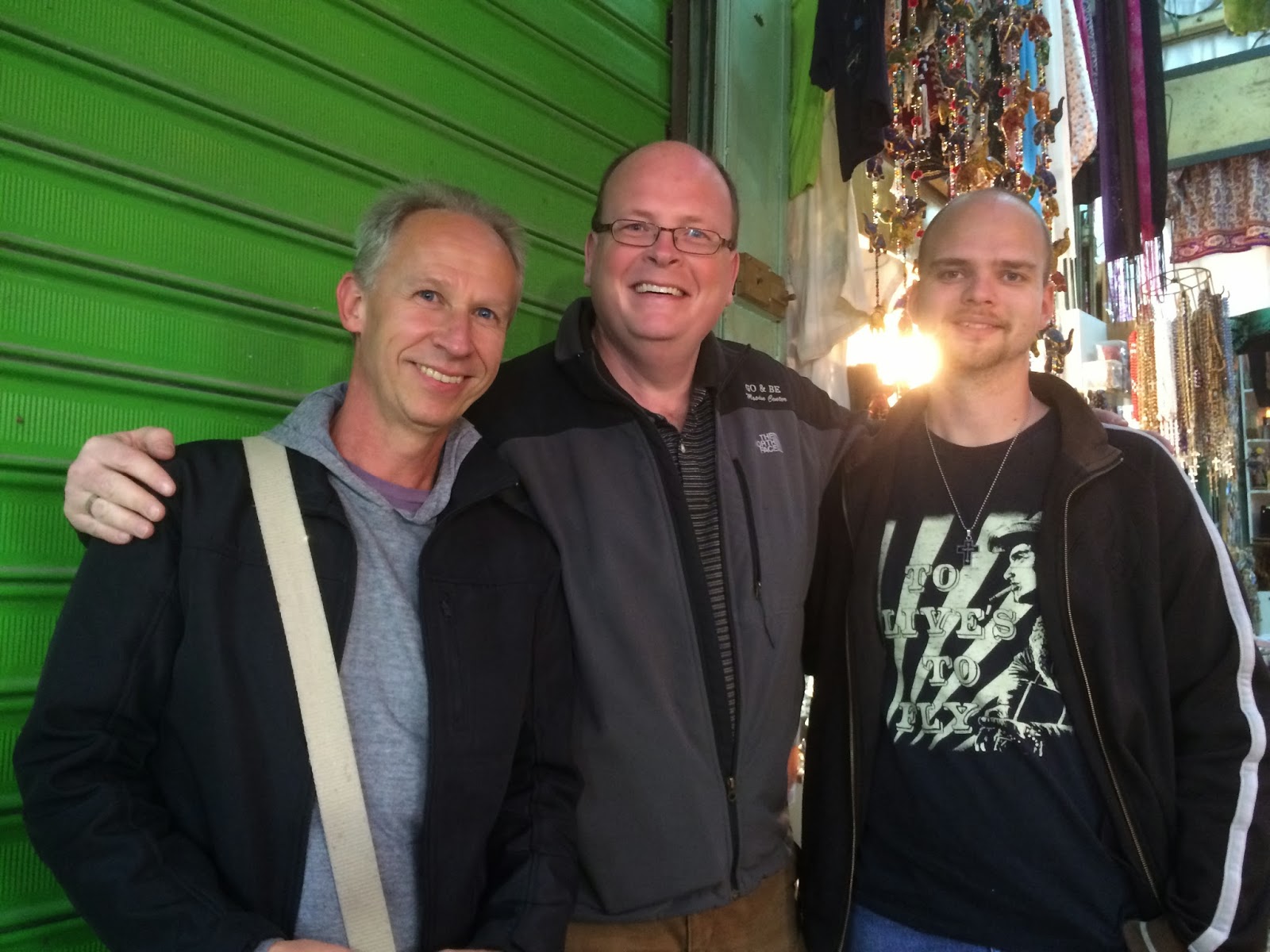 After grabbing something for supper, we went to the Church of the Resurrection.  One of the sites where Jesus tomb is thought to be - the other is the garden tomb.  It was interesting to be in a place where so many pilgrims where coming.  People believe in the Risen Christ and are coming to acknowledge the miracle, the resurrection and the salvation it brings. 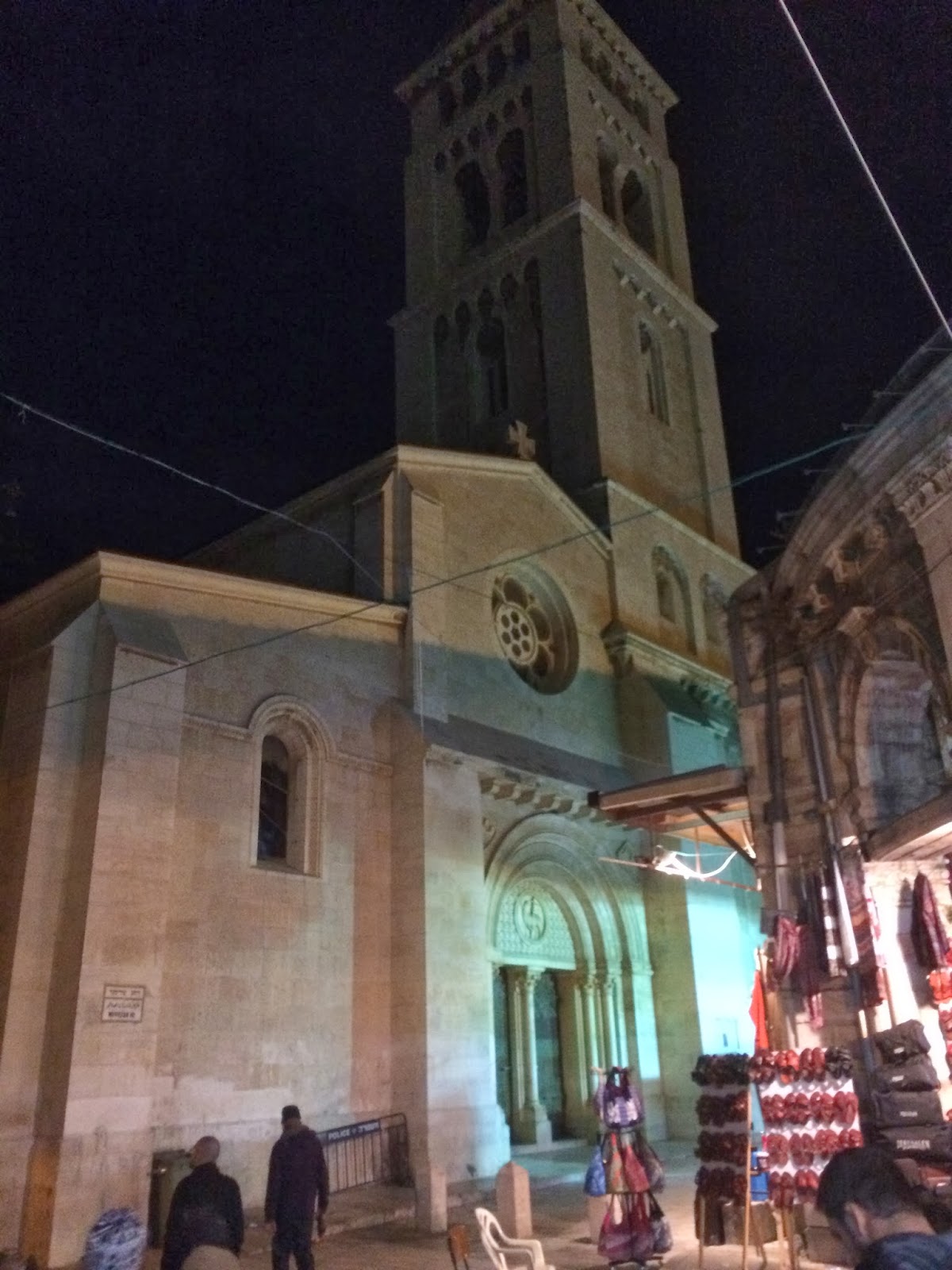 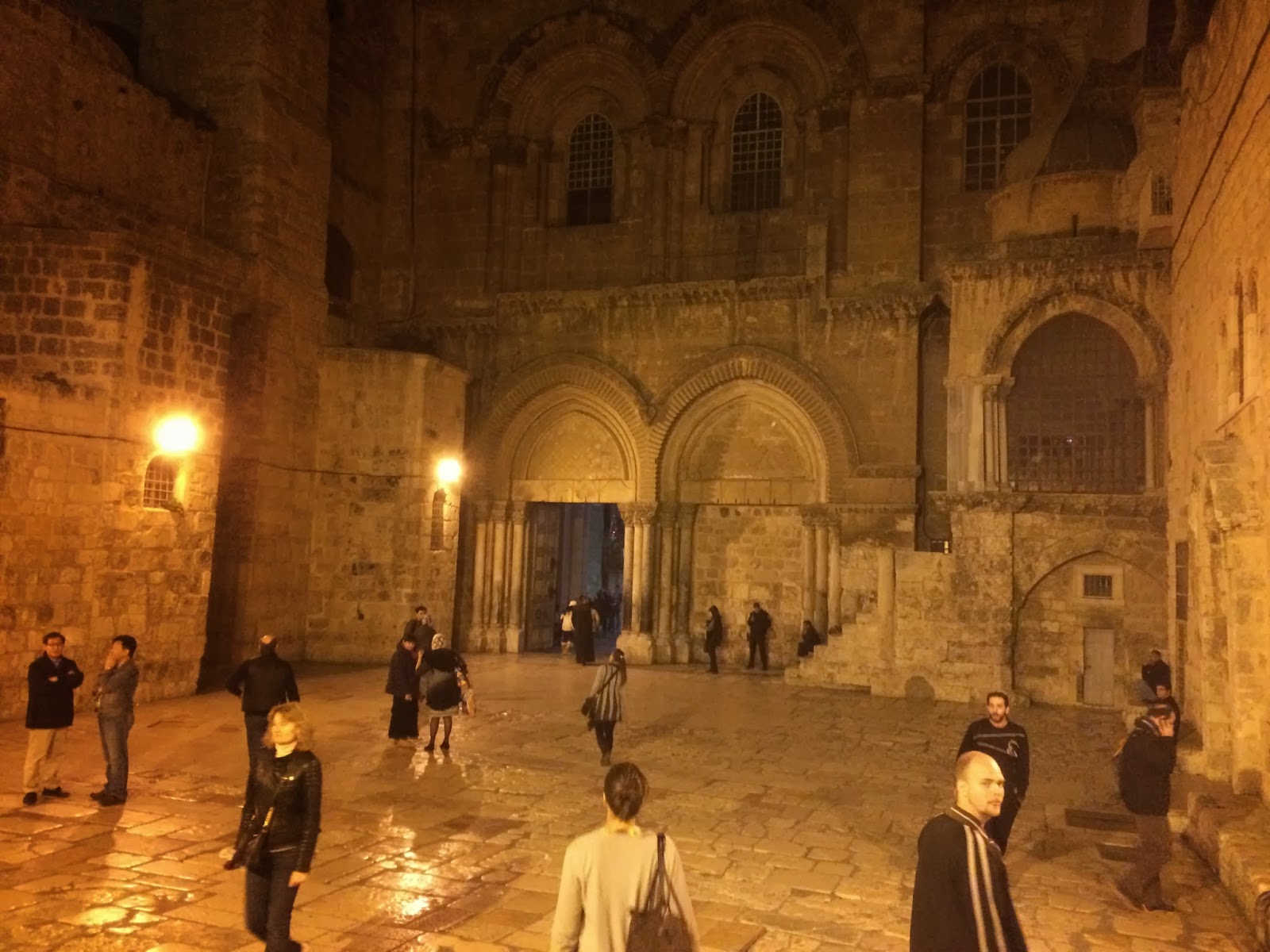 That brought the end of the day - time to rest our weary bodies after all that excitement.