Well it was time to leave the holy city of Jerusalem.  We met a friend of Chad's (a chap from Great Britain) at Jaffa Gate of the old city.  We were planning to take a taxi down to where the car was, however, the guys driving the cabs were in a heated argument.  I hear this is common in Middle East culture.  I think they were yelling about not wanting cream cheese on their toast, or something like that.  Once we finally got their attention, they had no idea where we wanted to go, even with the map on the iPad showing the way.  It was probably better to walk and save 50 shekels ($16).  Twenty minutes later we arrived at the car.

It was then an easy journey to Natanya.  It would have been even easier if I would have checked the gas gauge at any time during the journey.  I think someone may have drained the tank when we were parked for two nights, because I was sure that there was 3/4 of a tank at the Sea of Galilee :)  That is the story I am going with, ha ha.  Anyway, the car stalled half way up a hill, then the momentum took us over the crest, and I saw a gas station on the left of the freeway!!  We coasted to a spot that was safe, walked over to the gas station, found two empty pop bottles, bought 20 shekels of gas and went along on our journey! 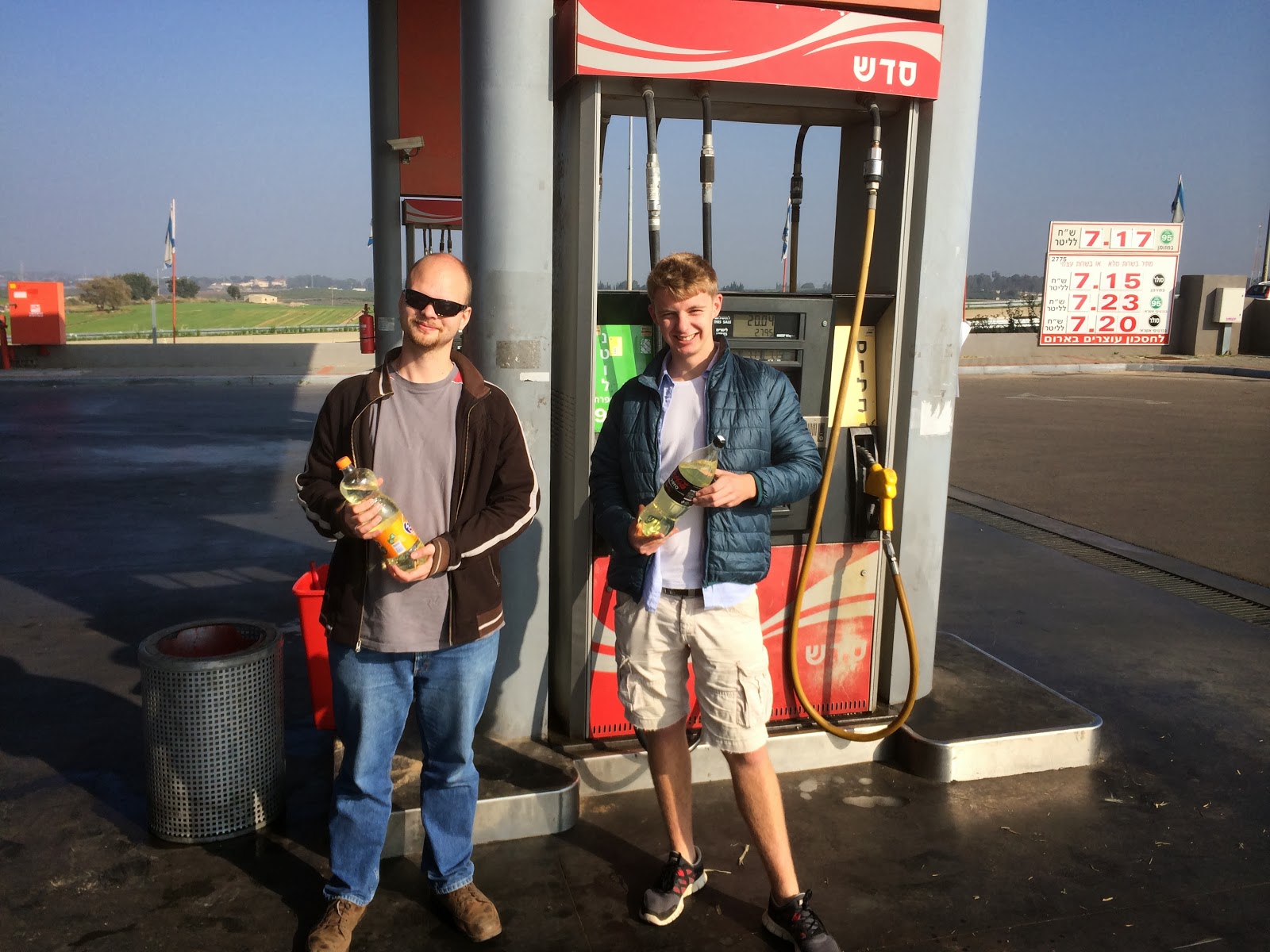 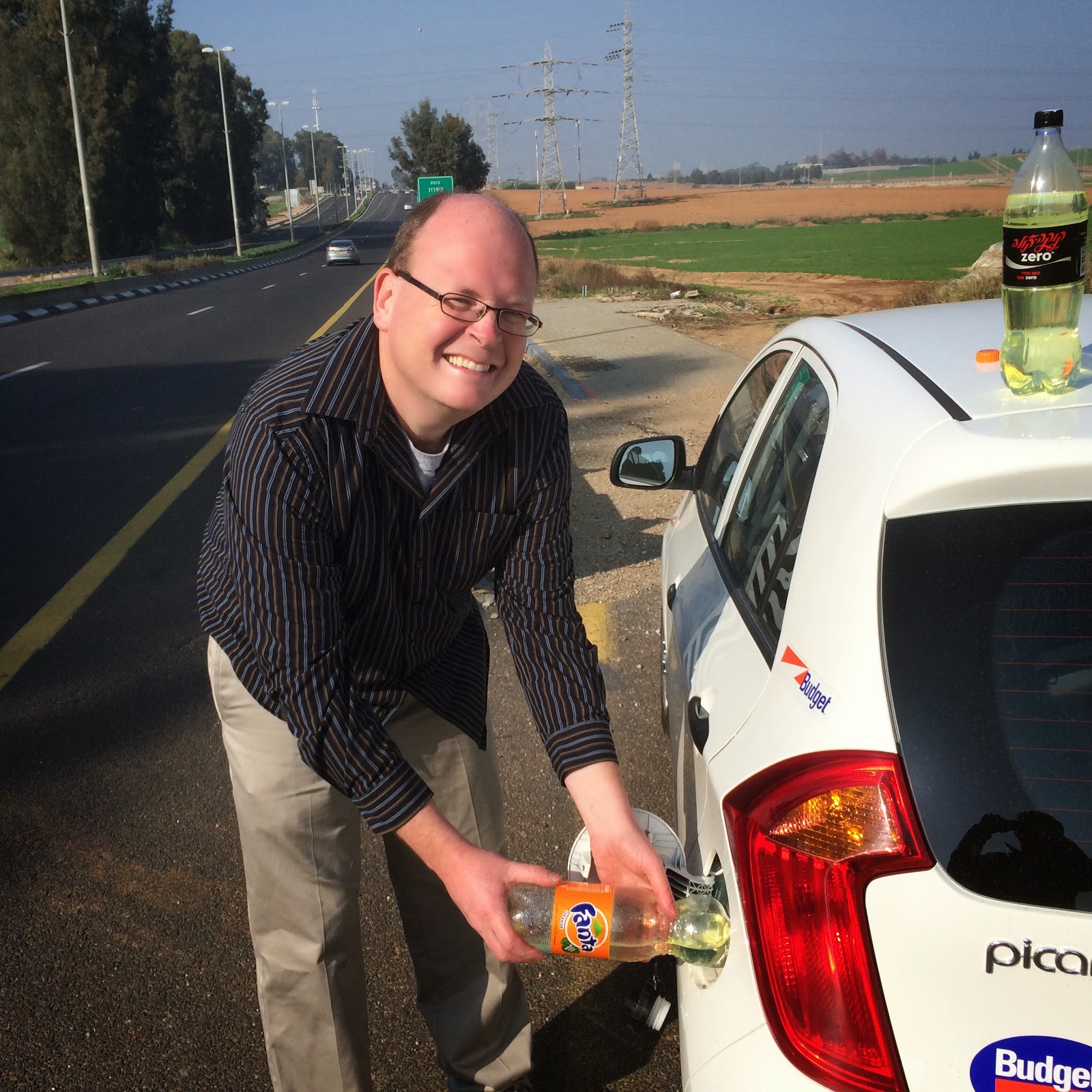 I bought some Fanta at the next gas station and Chad bought some coke just so we could payback the bottler for providing some much needed empties!
We arrived at the congregation and had a great time of worship.  The speaker talked about repaying violence with love.  He said if asked how he would respond in a violent situation today, it would be with a fist - that is his first inclination.  However, he hopes that by the grace of God, if a violent situation would arise, God would give him the wisdom and energy needed to suffer and love instead.  God's grace comes in the moment, not in the what ifs.  He quoted the early church Father Tertullion - "The blood of the Martyrs is the seed of the church."   It cost something to follow God. Believers have always overcome suffering.  The beheading of John did not stop the message.  Violent men always come in the way of the truth.  As well the church paid a high price in suffering to get the word of God in our own language.  When the church does not suffer we lose our focus. We forget Jesus.  We cannot afford to lose in freedom what we gained in suffering.
1 Peter 4:12-19    Friends, when life gets really difficult, don’t jump to the conclusion that God isn’t on the job. Instead, be glad that you are in the very thick of what Christ experienced. This is a spiritual refining process, with glory just around the corner.    If you’re abused because of Christ, count yourself fortunate. It’s the Spirit of God and his glory in you that brought you to the notice of others. If they’re on you because you broke the law or disturbed the peace, that’s a different matter. But if it’s because you’re a Christian, don’t give it a second thought. Be proud of the distinguished status reflected in that name!     It’s judgment time for God’s own family. We’re first in line. If it starts with us, think what it’s going to be like for those who refuse God’s Message! If good people barely make it, What’s in store for the bad? So if you find life difficult because you’re doing what God said, take it in stride. Trust him. He knows what he’s doing, and he’ll keep on doing it.
When we are confronted with hurt, with violence - we must love them.  Jesus way is to boldly proclaim the gospel, pay the cost, and return violence with love.   We must make sure we are suffering for righteousness sake.  Roman soldiers saw how believers died and it changed their hearts.
1 Peter 3:8-17
The Body of Christ needs to show love and blessing to one another. We need to train our hearts to bless.  Return Blessing for curses we receive.  Do not wait for persecution to act out the love if the kingdom of heaven.
It was amazing how well the sermon fit in with everything I was learning on the trip.  A remarkable trip!

After the service, I went out for lunch with a bunch of Chad's friends and then headed to the hotel for a time of reflection, some blog writing and a walk along the Mediterranean Sea.  Then I went to a nice little Restaurant in downtown called The Scotland.  I ordered a St. Peter fish from the Sea of Galilee, should have had it for breakfast (John 21), but it was great!  I have never ate a fish before while it was still looking at you! 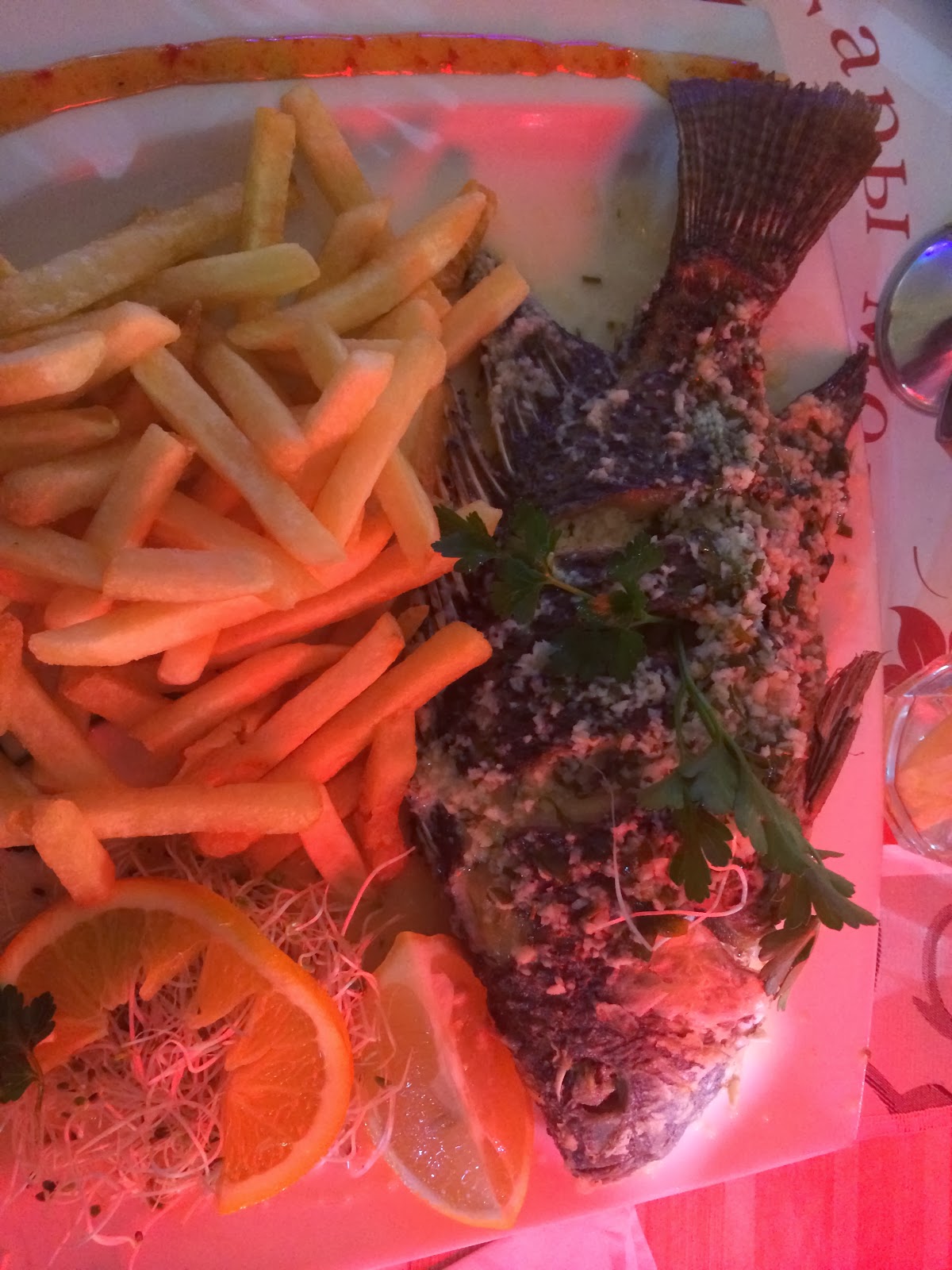 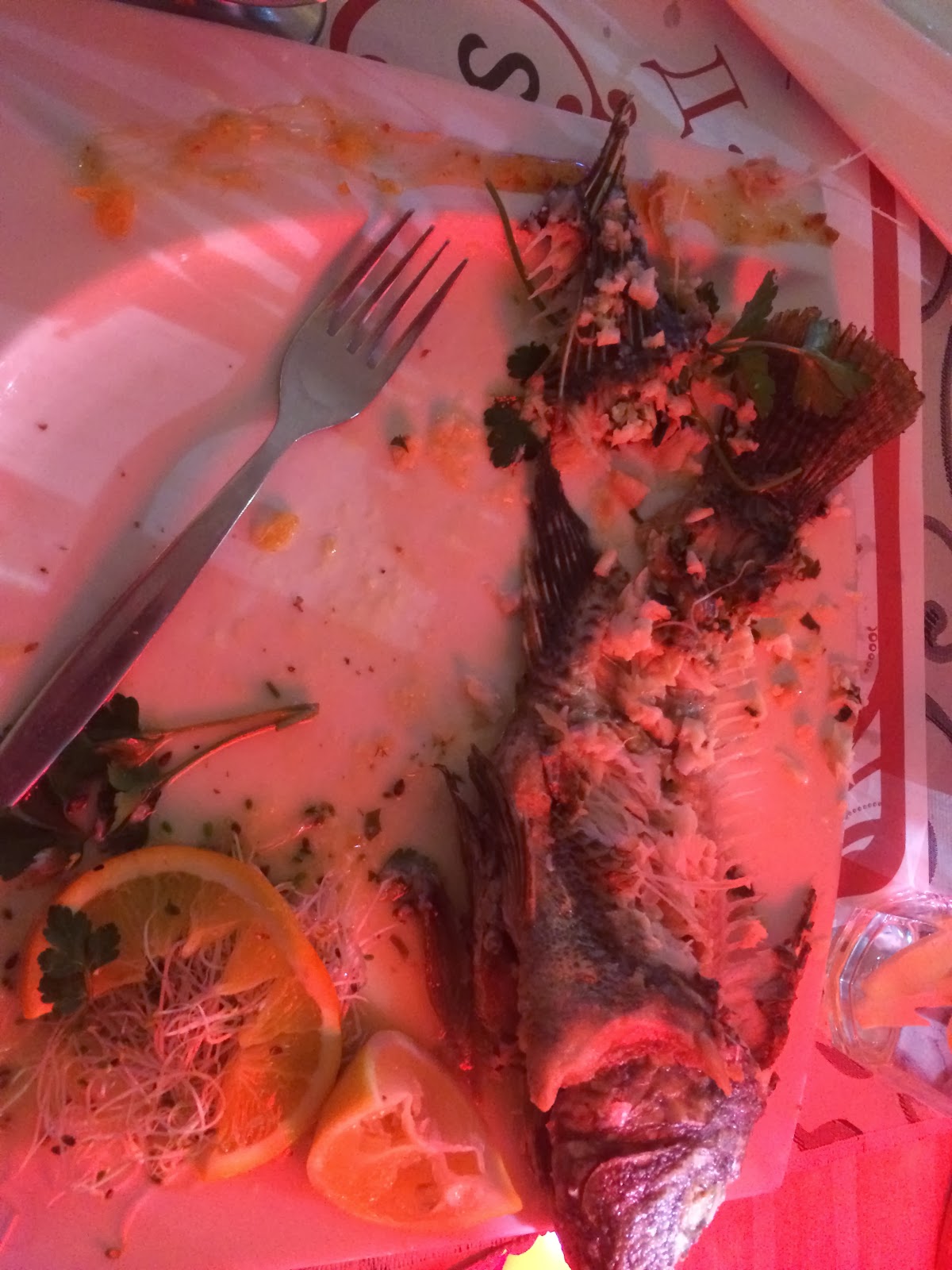