Jaffa and Trip back home

Today, the journey starts back to Rosthern.  In the morning I went out again to the Mediterranean Sea, did some reading and writing, and took in the last few moments of warm weather. 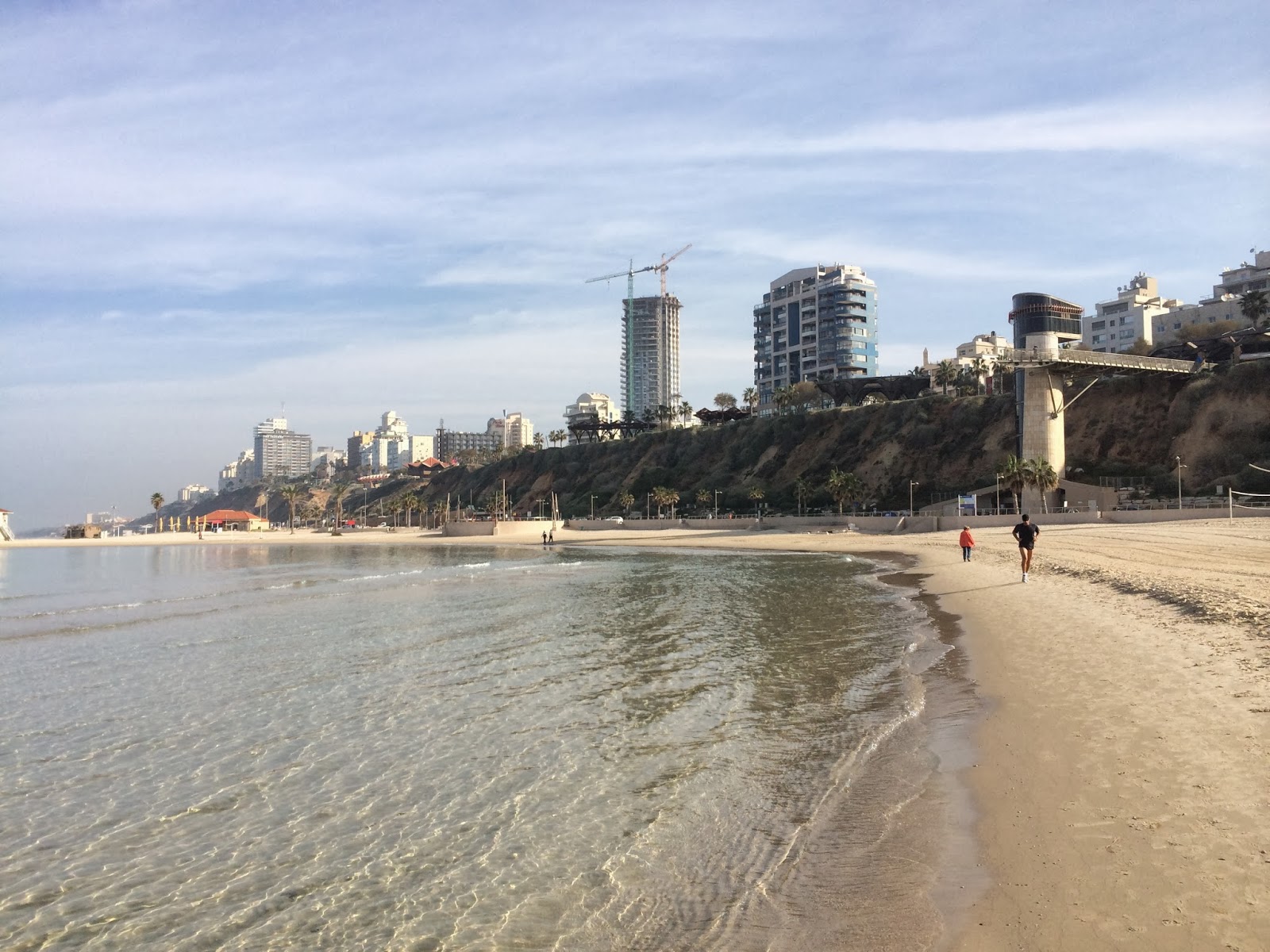 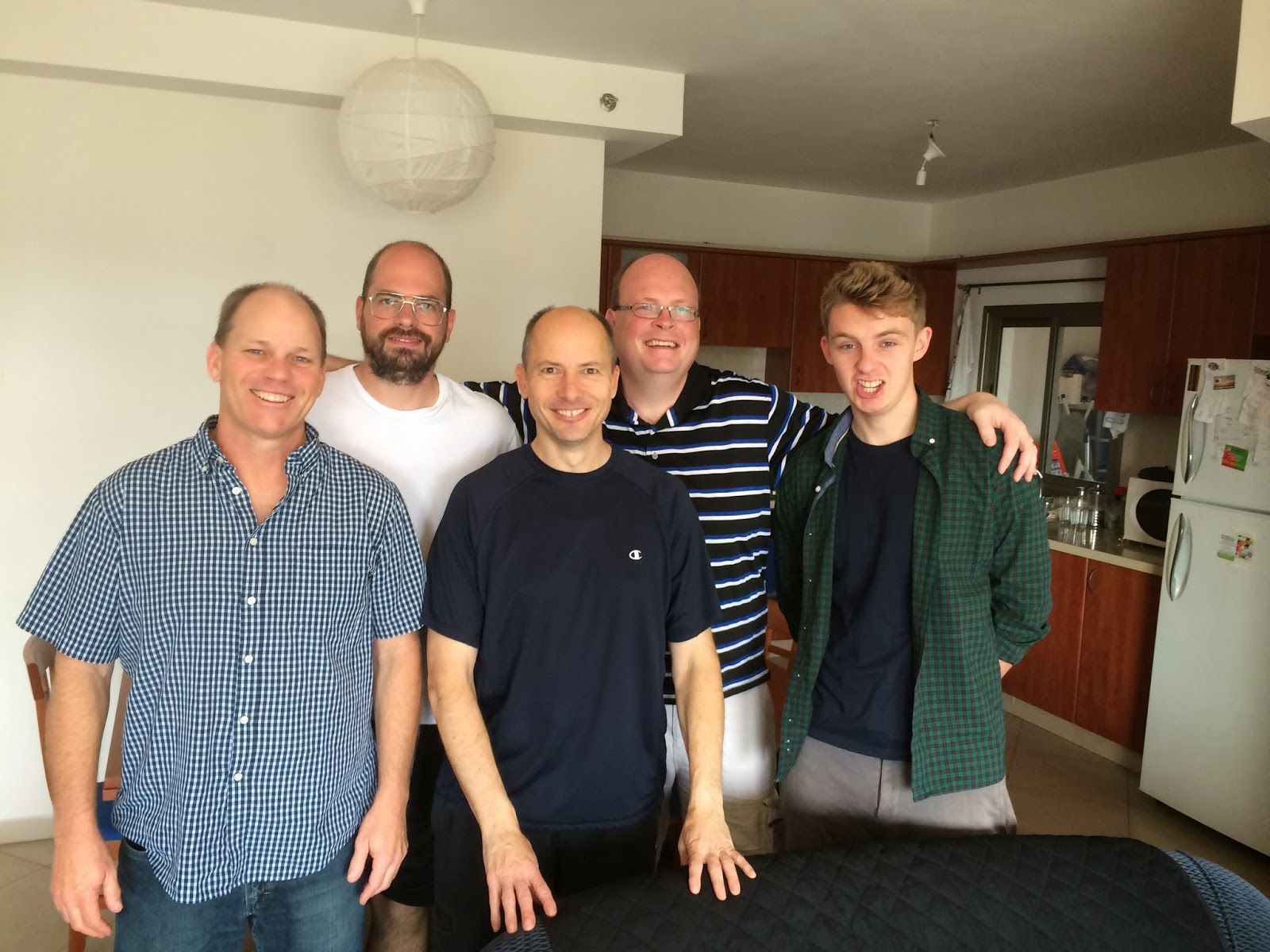 Then I went over to Chad's place, said goodbye to his room mates and took Chad and Jordan to Tel Aviv.  Both of them were heading on trips themselves, and I was glad to give them a ride.  The Kia has room for 3 people providing you do not have too much luggage.  As well, the gas tank is full, so we should not have too much problems.  I dropped off Chad at the airport and then dropped off Jordan at the bus station.  Now I had a few hours to spend - why not go down to Joppa (Jaffa). 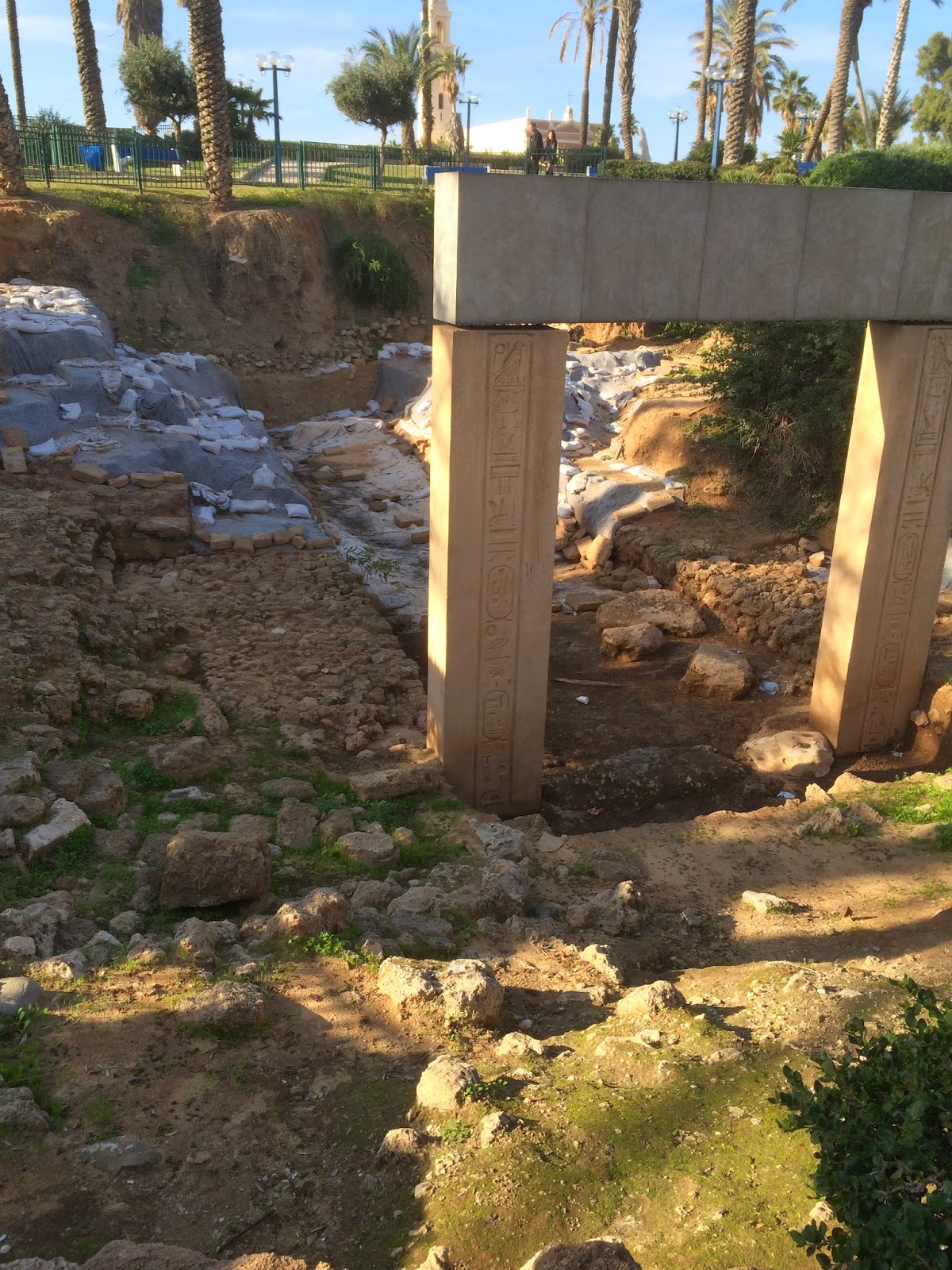 Jaffa has been around for a long time.  I saw some excavation from the time of the Canaanites that was 3500 years old.  Jaffa is a port city that has a few connections with Biblical times.  It is where Jonah set forth to Tarshish in disobedience to God - there is a statue of a whale commemorating the story. 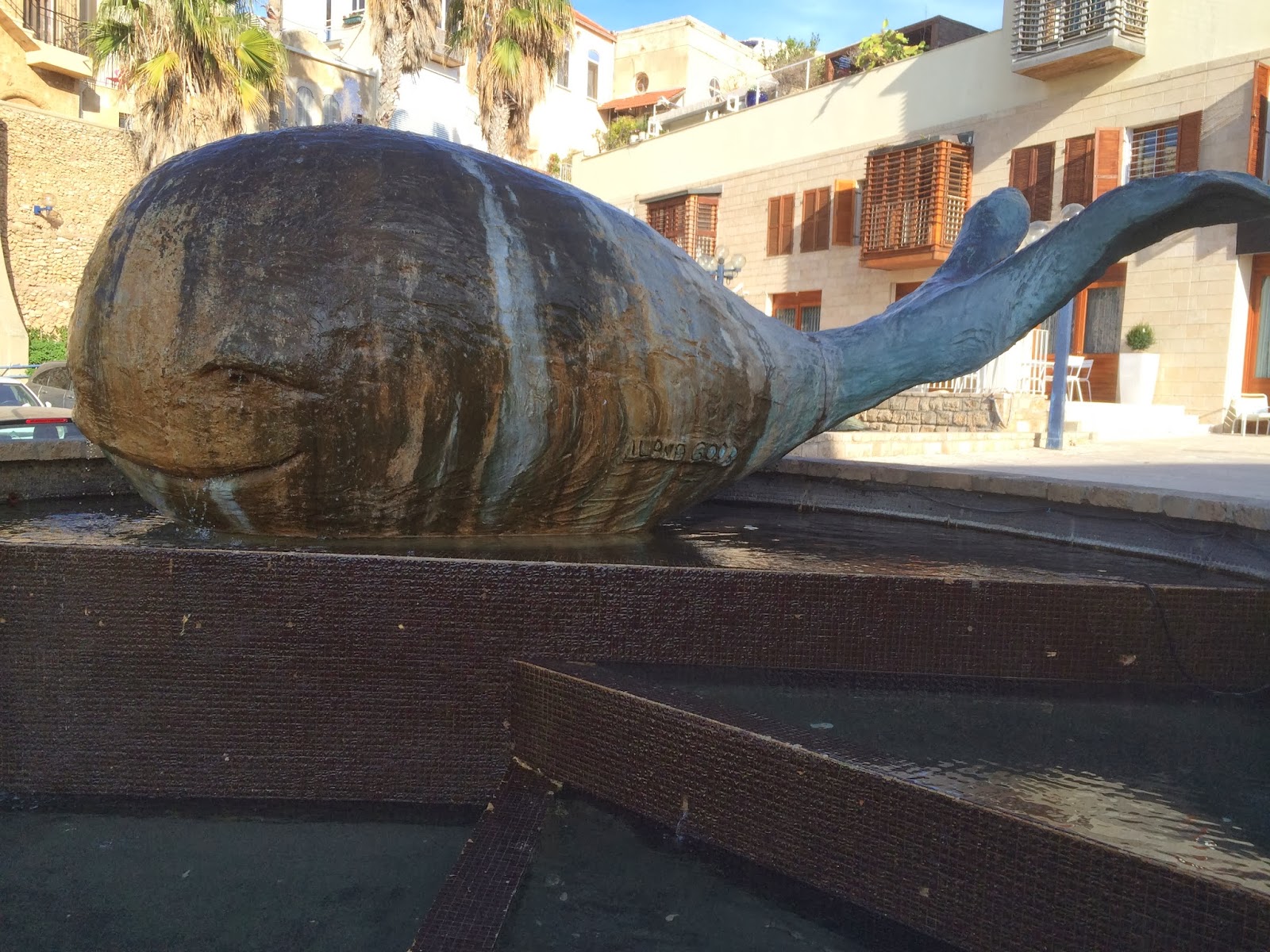 It is also the port where Cedars from Lebanon came into for both Solomon's temple and the second temple built by Nehemiah.  And finally, maybe one of the most powerful references for me is the story in Acts 9-10 where Peter lives at Simon the Tanner's house and raises Tabitha (Dorcas - I like the Greek name better than the Hebrew one here) from the dead.  It was at Jaffa that Peter had the vision of the unclean meat.  He is also there when Cornelius sent for him to come up to Caesarea (our first stop a few days ago) to hear the Good News.  Cornelius became the first Gentile convert.  I felt like eating some bacon in Jaffa to celebrate but could not find a place. 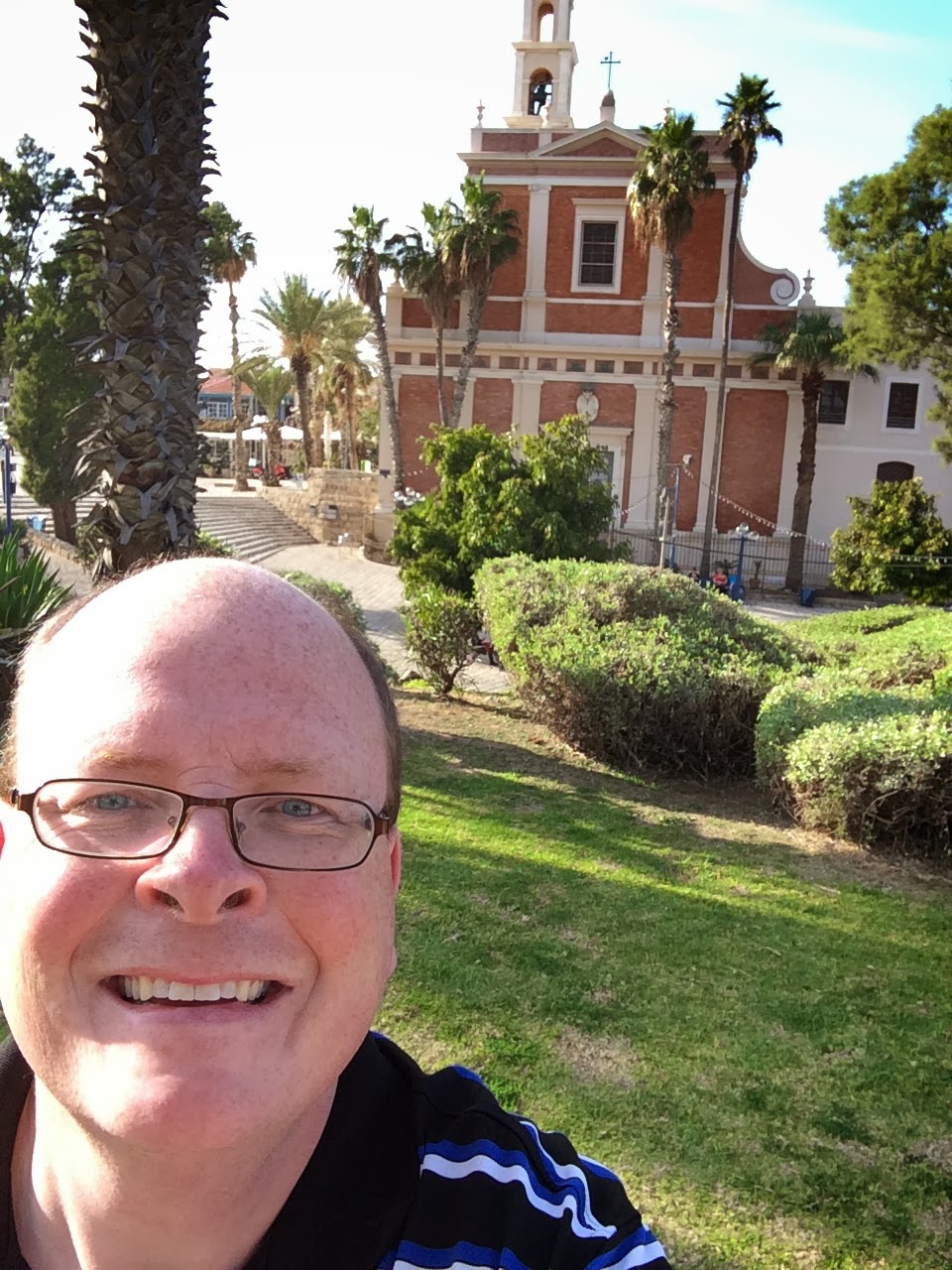 I visited St. Peters church - built in memory of the time Peter spent in Jaffa.  It also was a beacon bringing pilgrims from Europe to the Holy Land - their first site from the ship.  The church is around 500 years old. 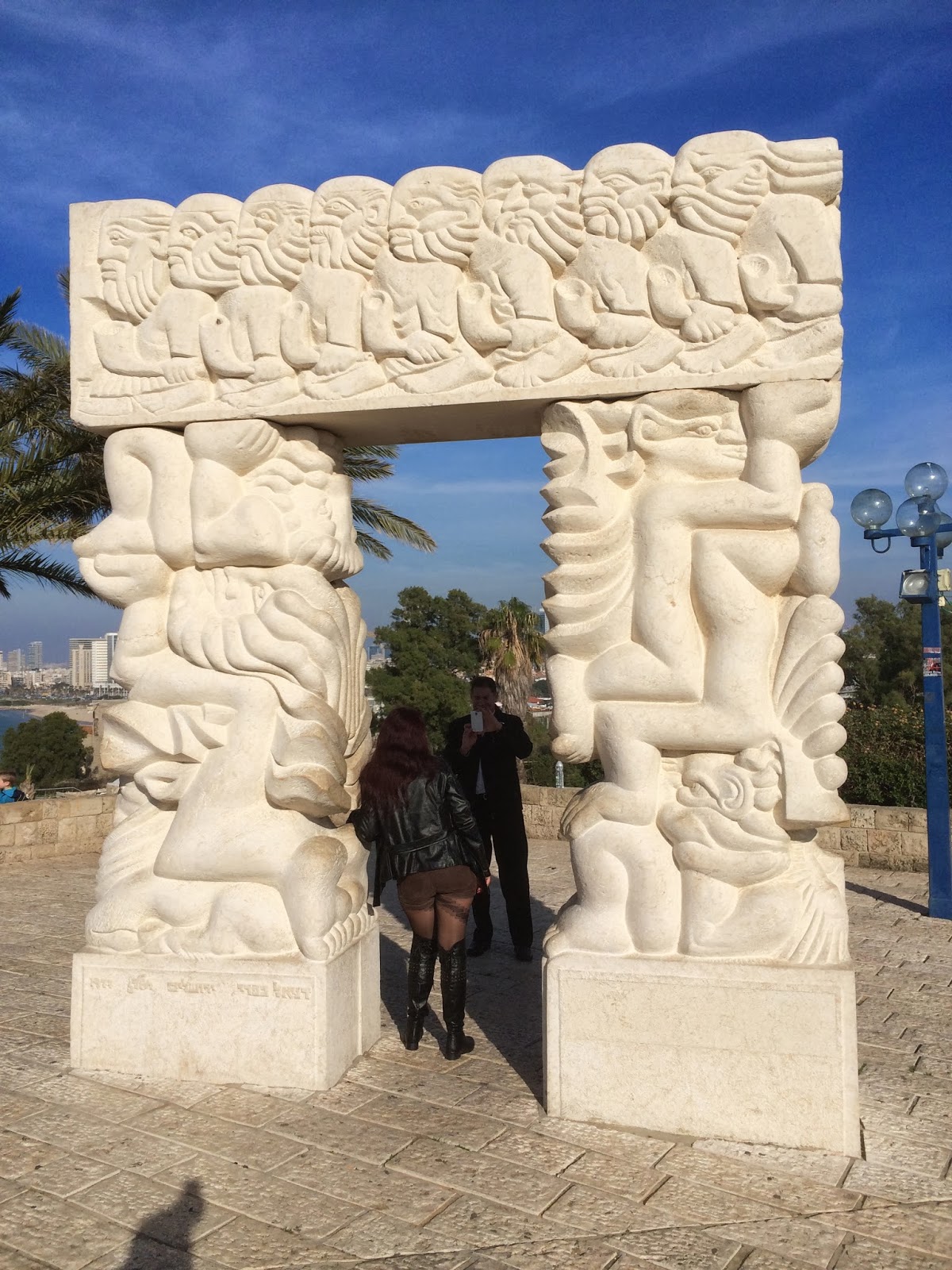 I also found a cool Statue of Faith.  The left side represents Jacob's Dream, the right side the sacrifice of Isaac and the top the fall of Jericho.
Then I went and read scripture in the town square.  A beggar came and sat in front of me and started hassling people walking by for money.  Funny he did not notice me.  I felt God telling me to give away my remaining amount of Shekels.  It was not that much around $15 worth.  I thought that I am not going to give it to this man who is being quite mean to people.  So I got up, walked out of the square and noticed a man digging through garbage and looking for pop bottles.  I walked by him again, new this is the man, and took the 50 Shekels out of my wallet to give to him.  I caught him by surprise, he bowed down to me two times, I said God bless you and went on my way.
I was going to use the money to get lunch and maybe some date honey to take back home.  But I still had a couple pitas from last nights supper, a couple things of cheese from breakfast and an energy bar, so there was no need for me to use the money.
Next stop was the Airport.  At the first stop they asked if anyone had given a gift for me to take back home.  I said yes, and they put me through some more thorough checking.  Chad had sent some items as Christmas gifts to his immediate family.  They searched through my suitcase with that swab thing and took some time.  The security agent then said she would get me to the beginning of the line at British Airways and I also received Exit Row seats for both the flight to London and the one to Toronto.  I was quite happy!

In London, I took the tube to my hotel and had a good nights rest.  I then went to a store that Cassidy would love called Poundland - where everything costs one British Pound - got some gifts for her and breakfast.  Then off to the tube to Heathrow.  I have a two hour stop over at Toronto and arrived home at 8:30pm Saskatchewan time. 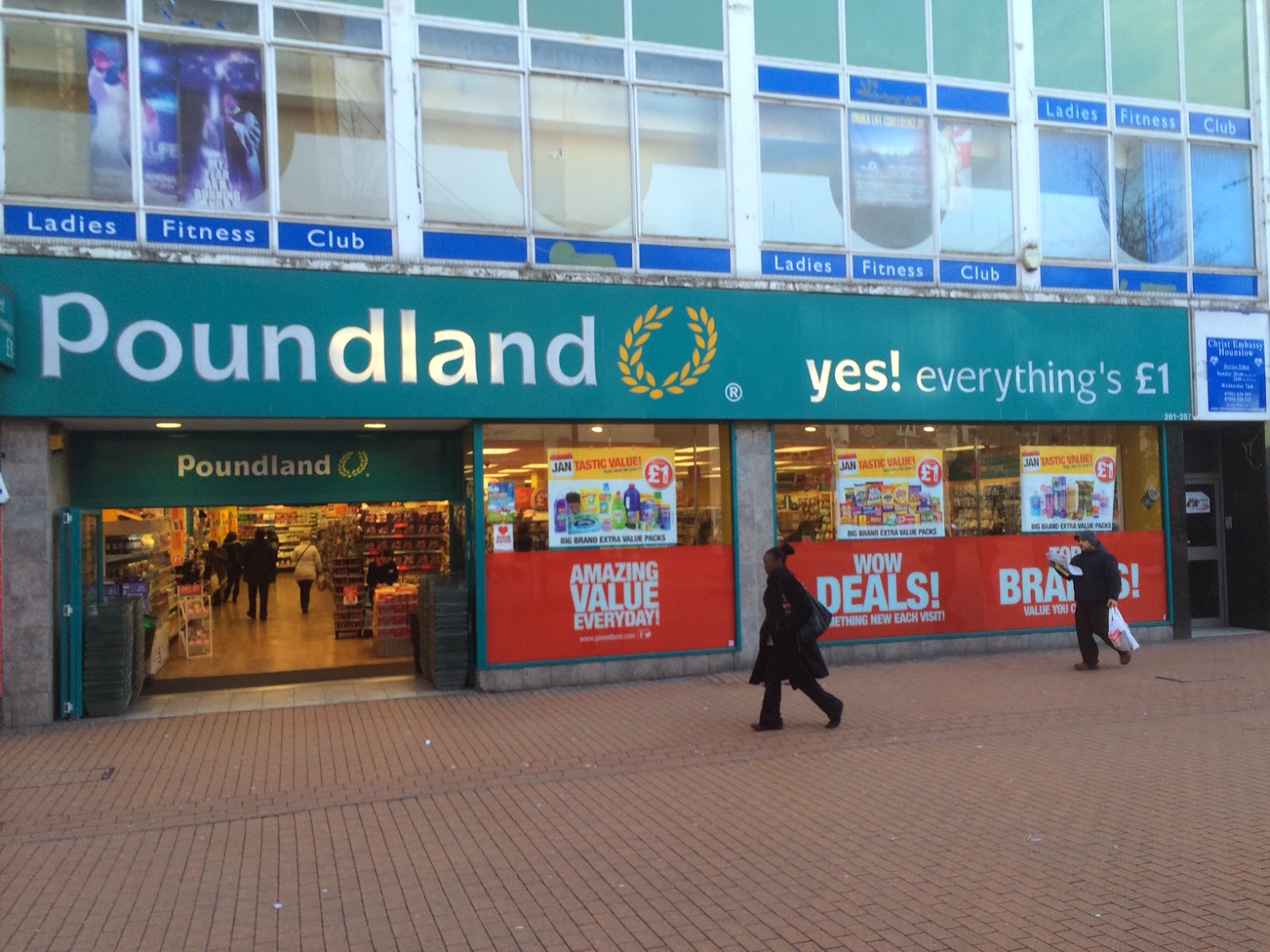