Moving a Barn to the Youth Farm Bible Camp

In 1941, a group of young people led by Henry W. Friesen, J C Scmidt and Isaac Epp had a retreat at the grounds of the Rosthern Experimental Station.  It was a great success with over 100 youth and young adults attending.  A vision for purchasing the farm yard from the Canadian Government was started and the three men spent time in prayer.

On February 9, 1943, J.C. Schmidt sent a letter to the Federal Agriculture Minister James Gardiner requesting sale of the Experimental Farm to the Youth Society. Henry W Friesen helped write the letter and met with the Agriculture Minister in person. By September 23, 1943, a price of $20,000 was decided and the youth society took possession of the property immediately. The prayers were answered!! A farmer was willing to pay much more then $20,000 for the land and buildings, however, James Gardiner was impressed by the group and pleased that they were planning to use the farm for humanitarian causes. The buildings alone would have cost $60,000 to build.

The farm had many barns.  There was a horse barn, pig barn, chicken coop and a large Hip Roof Dairy Barn that was 100 feet long.  Over the years, the barns started to disappear, the yard divested from pigs, tractors replaced work horses, and all that was left was the large Dairy Barn.  During the early years, retreat participants and campers used the haylofts of the barn to sleep in.  When cabins were built in the late 1960s campers were upset that they could no longer sleep in the barn.  It was a special place for many people.  When I first came to as a camper in 1985, the barn was a place to find some farm animals and a great place to explore.

On June 7, 1988 the only barn left on the Mennonite Youth Farm Complex, the large Dairy Barn was struck by lightning and burnt down.  The farm was left without a barn.

In the 1990s, the Youth Farm Bible Camp Board looked into moving a Hip Roof barn back onto the yard, however plans fell through and the farm continued without a barn.

As the Camp continued to grow in the 2000s there was again a strong desire to bring a nostalgic Hip Roof Barn back to the farm.  We were in contact with Hertha Friesen and her son Kevin.  They had a barn that fit into our plans and were willing to make a donation to pay for a good portion of the moving costs.  There desire was for the project be done in the name of their late husband/father - Ervin Friesen.

The foundation for the barn was poured in October and now on February 3rd, we are one day away from a barn being moved to the farm.  It is exciting.  The barn is loaded on the moving truck and ready to go. 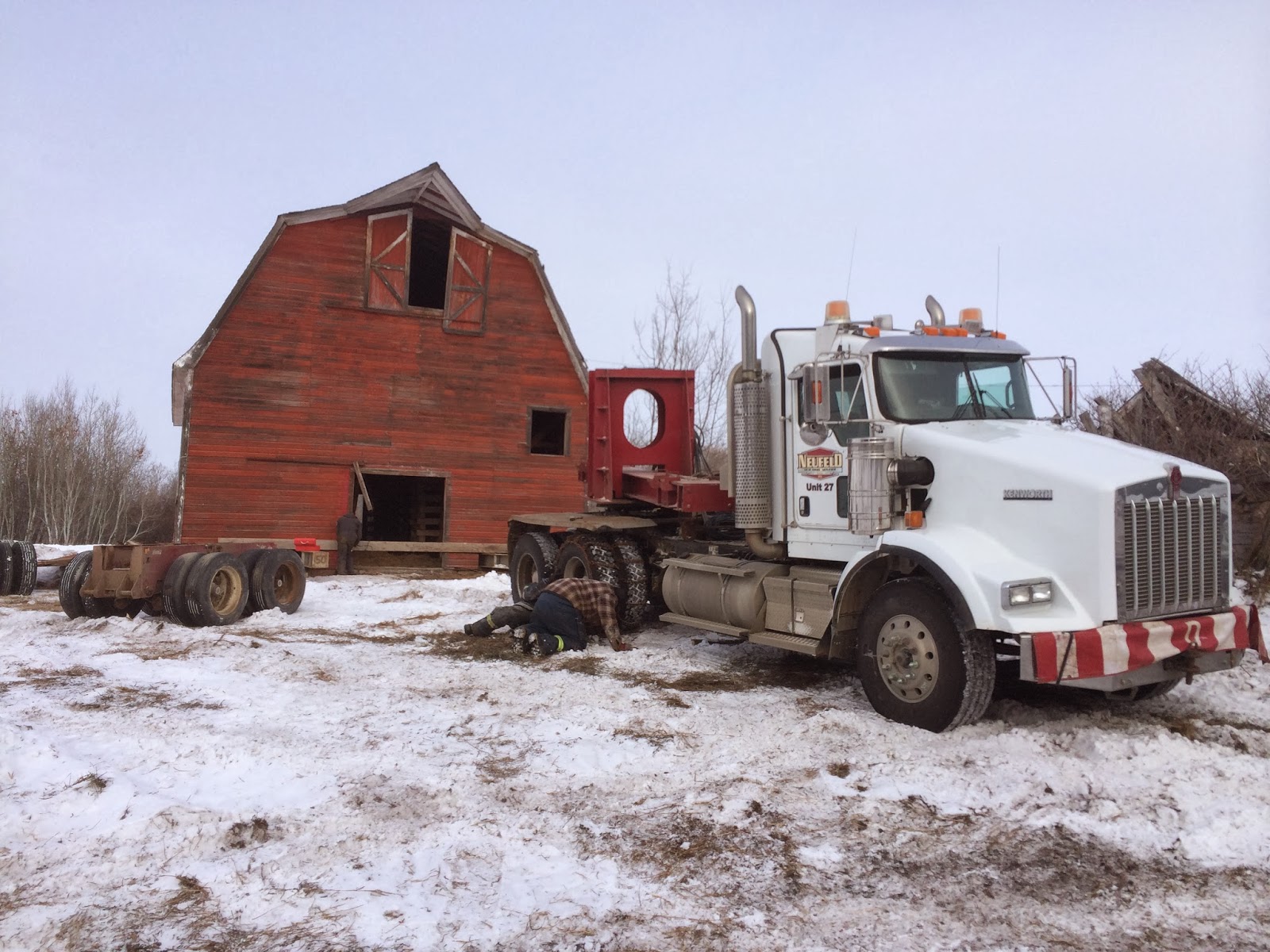 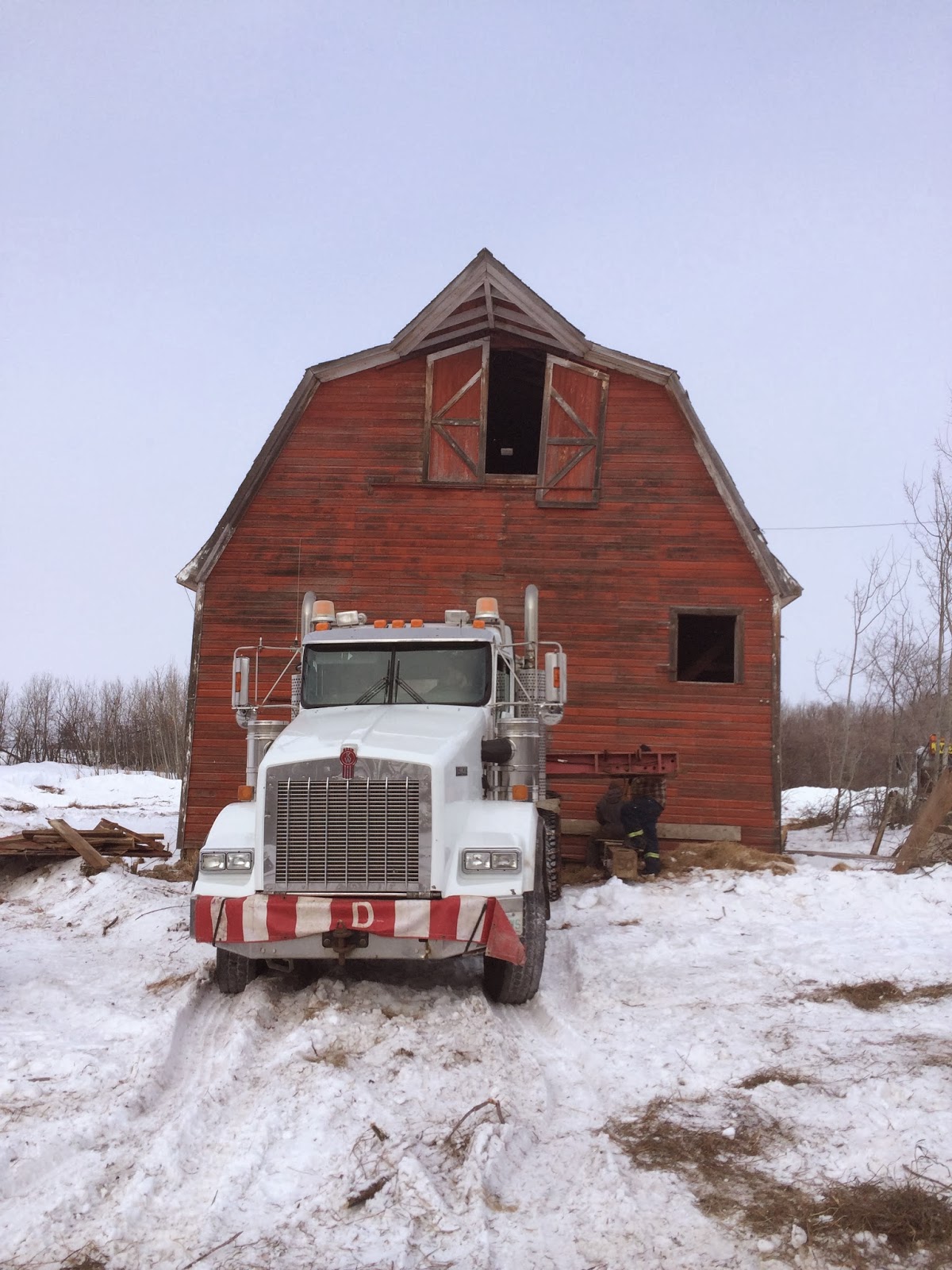 The farm will have a barn. 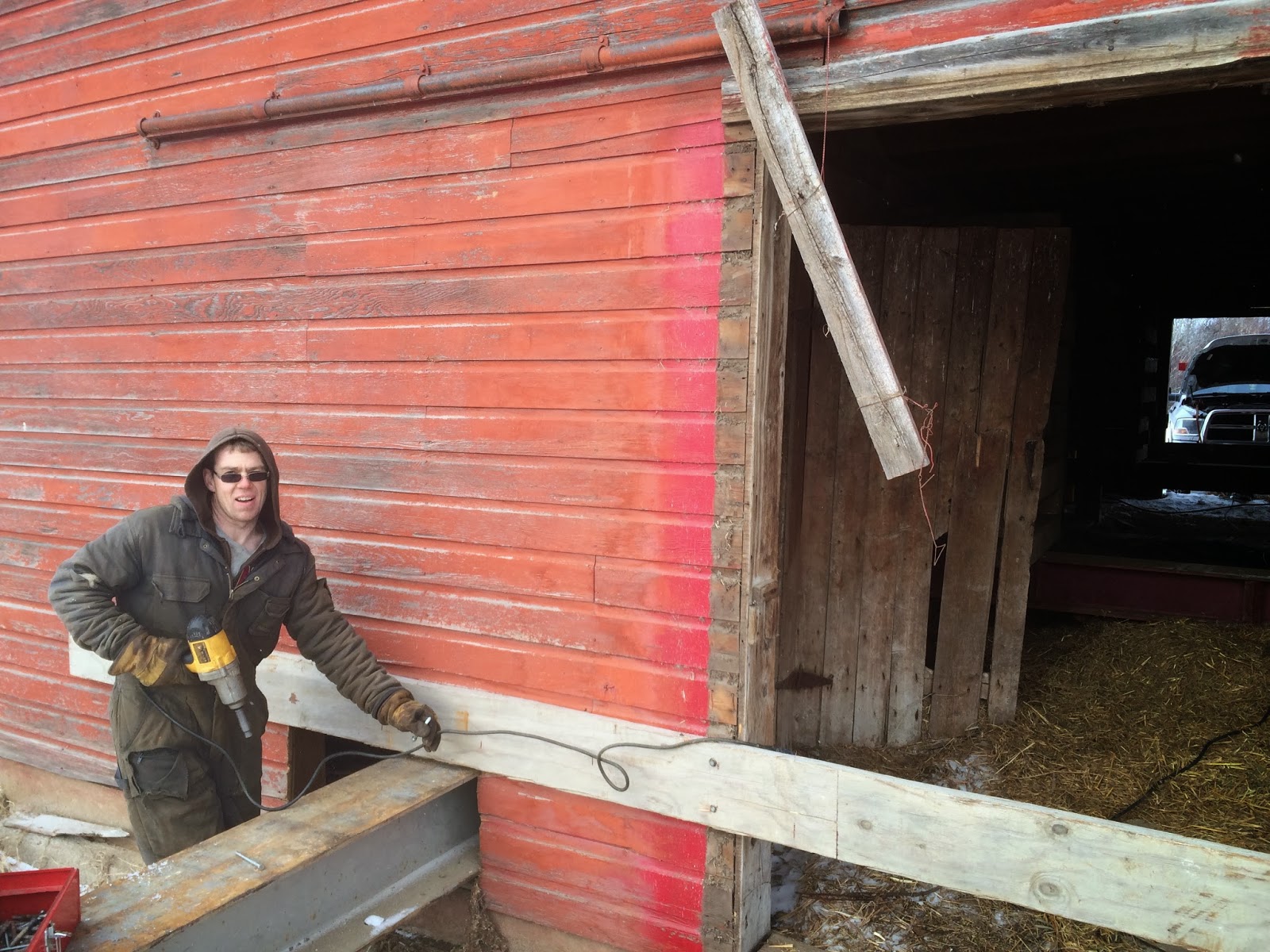