A Day in London, United Kingdom

It was great to spend the day in London.  It took me awhile to realize that I was actually out of North America.  I took the Tube to Green Park and walked along a park path to Buckingham Palace.  For some reason, it was a lot smaller then I thought - until I got closer. 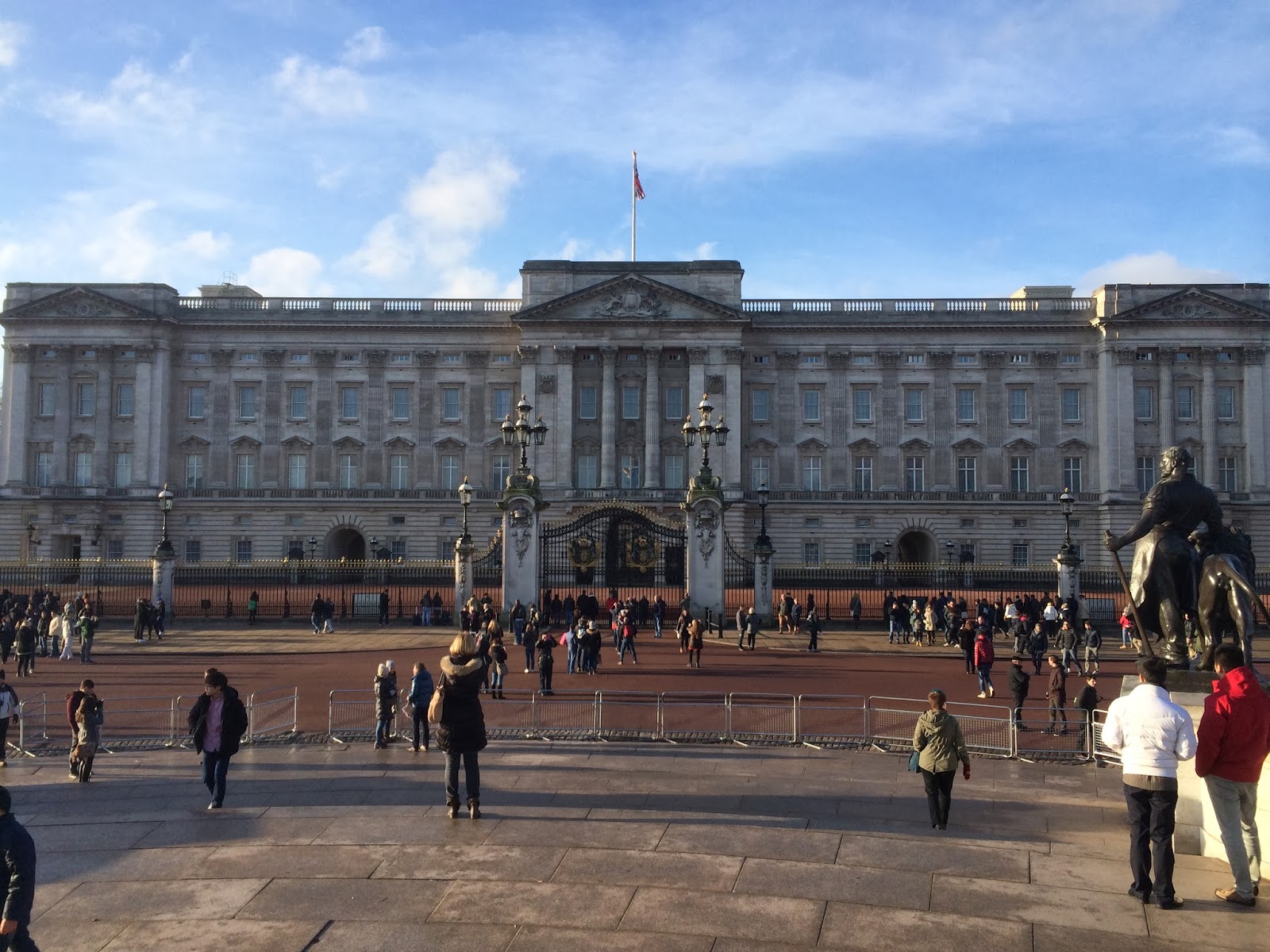 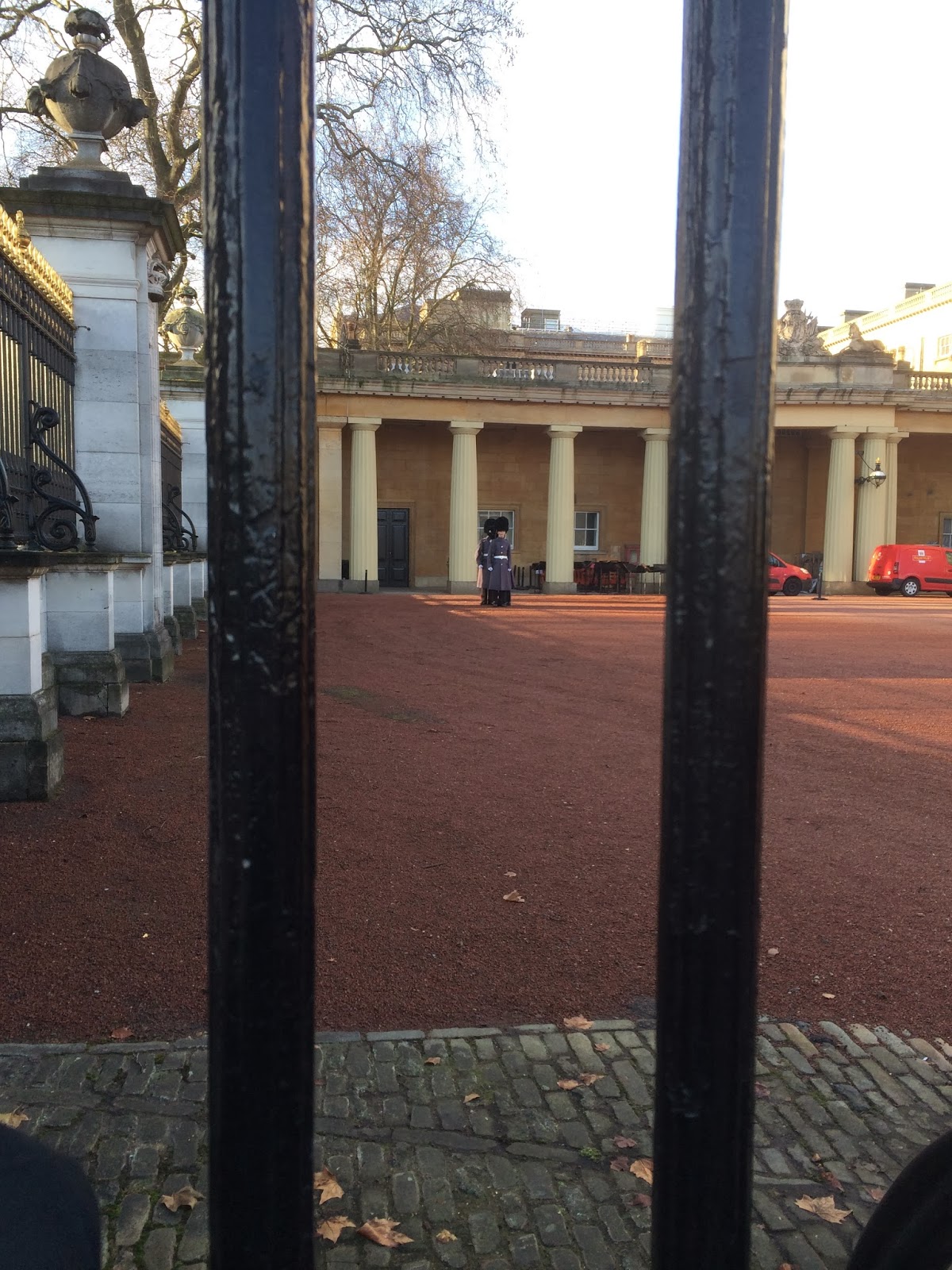 I saw a couple guards doing their routine to protect the queen. 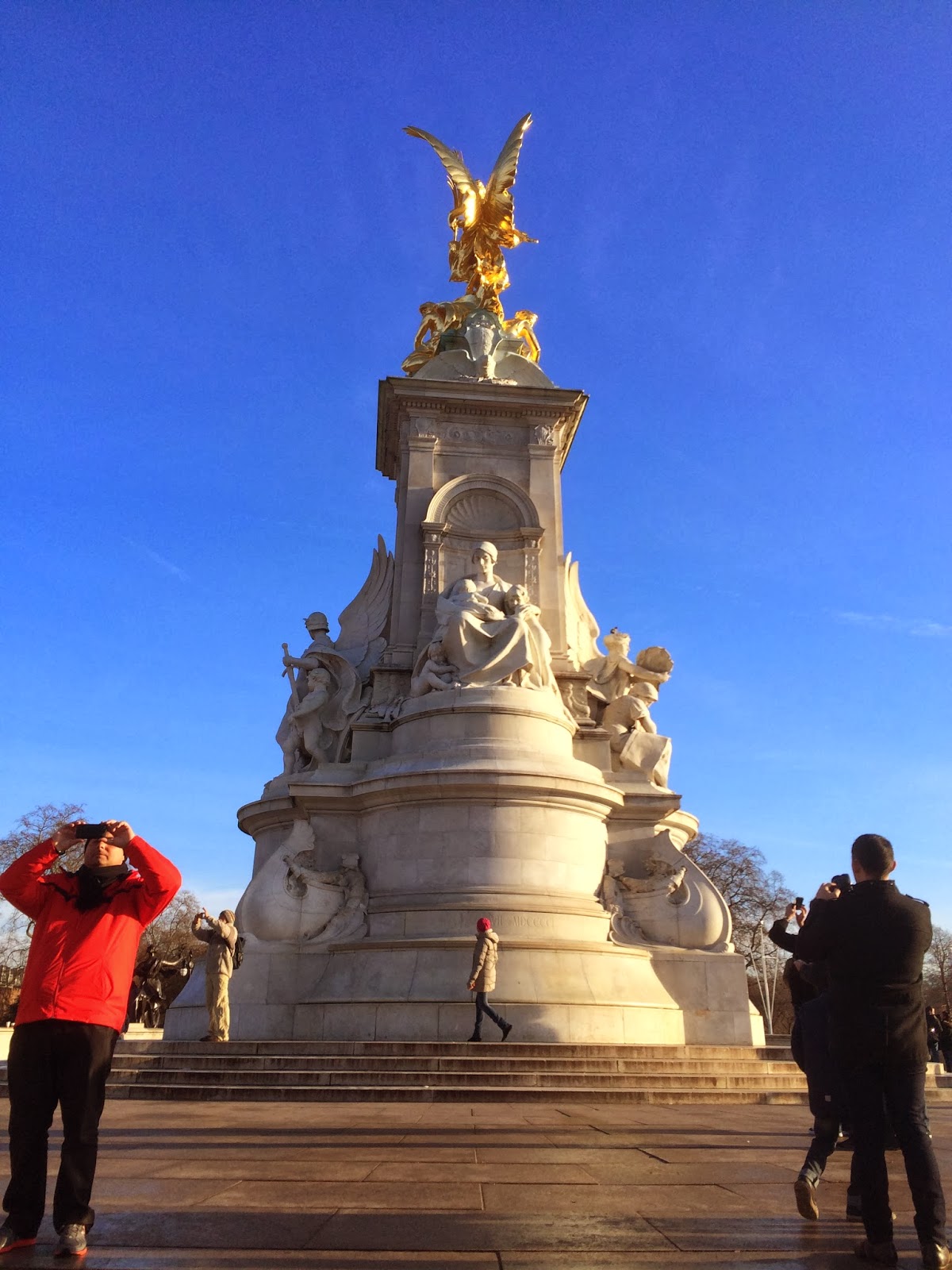 There was a very large statue in honour of Queen Victoria right in front of the palace.
From the Palace, it is a short walk through St. James Park to Parliament Square.  That is where Big Ben is.  "Look kids, Big Ben"  There was not really a Traffic Circle there so I don't know what was so confusing for Chevy Chase in European Vacation.
Next on my list was to check out Westminister Abbey.  I cannot believe that I was in a church that has a history of over 1000 years.  I walked around the complex and then realized I could take in a Sunday Service called the Sung Eucharist.  I have always wanted to go to an Anglican service and why not have the first one in Westminister Abbey.  I stood in line for the 11:15 service and was led into the Abbey by a marshal.  I did not realize that people where actually buried in the walls of the Abbey - there were lots of marble tombstones on the walls.
In the middle of the Abbey, there were ornate benches on risers.  We were guided for where to sit - platforms were on both sides of the gigantic hall.  I am sure the roof was over 100 feet tall and there was a pipe organ that was just to the left of where I was setting, starting at around 20 feet off the ground.  A marshal carrying a cross led the Priests and the Choir (Lay Vicars of Westminister Abbey) into the room and I took part in the liturgical service.  I found it interesting that 1/3 of the offering from the service went to the Arrow Riding Centre for the Disabled their motto is to enable children and adults with disabilities to experience enjoyment, a sense of achievement throughout equestrian activities and using horses to provide a form of physiotherapy.
We started by singing a hymn that was familiar to me -  Though Whose Almighty Word.  Then the choir sang Gloria in Excelsis Deo.  Then we had the liturgy of the word.  Isaiah 42:1-9 was read, Psalm 29 was sung by the choir, Acts 10:34-43 was read.  1st Timothy 3:16 was sung by the choir, and we stood for the reading of Matthew 3:13-17 - the baptism of Jesus.
The Reverend Gavin Williams gave a sermon comparing Robert Kennedy to Jesus and how both stood for justice of the people, and how both were killed "on the job".  He neglected to inform how only one was resurrected and how much different Christ's death was for all of humanity than Robert Kennedy.  However, the words in the liturgy claimed this both before and after.  After the sermon, we rose to say the Nicene Creed.  Next was the service of Eucharist which meant singing by the President (or worship leader) and the taking of the bread and the cup.  It was a moving experience.  After communion we sang one more hymn and were led out of the Abbey. 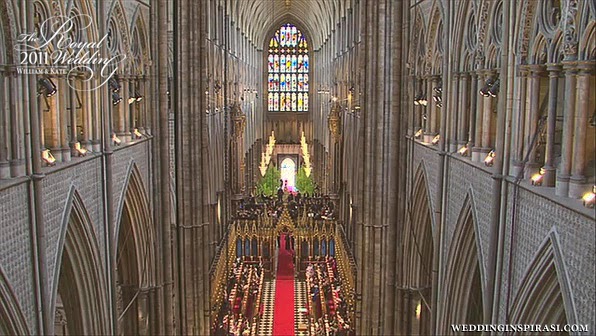 I was not able to take any pictures of the inside, but here are some from the Internet. 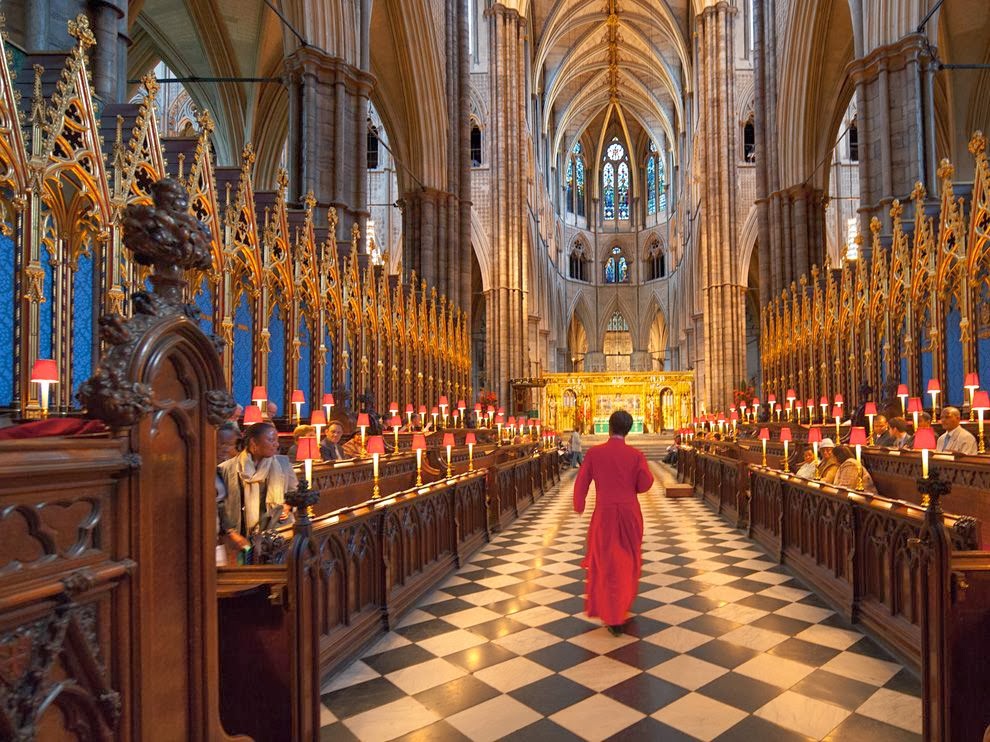 I was sitting on the right side, second row, right where the first person you see (in the white suit coat) is sitting. 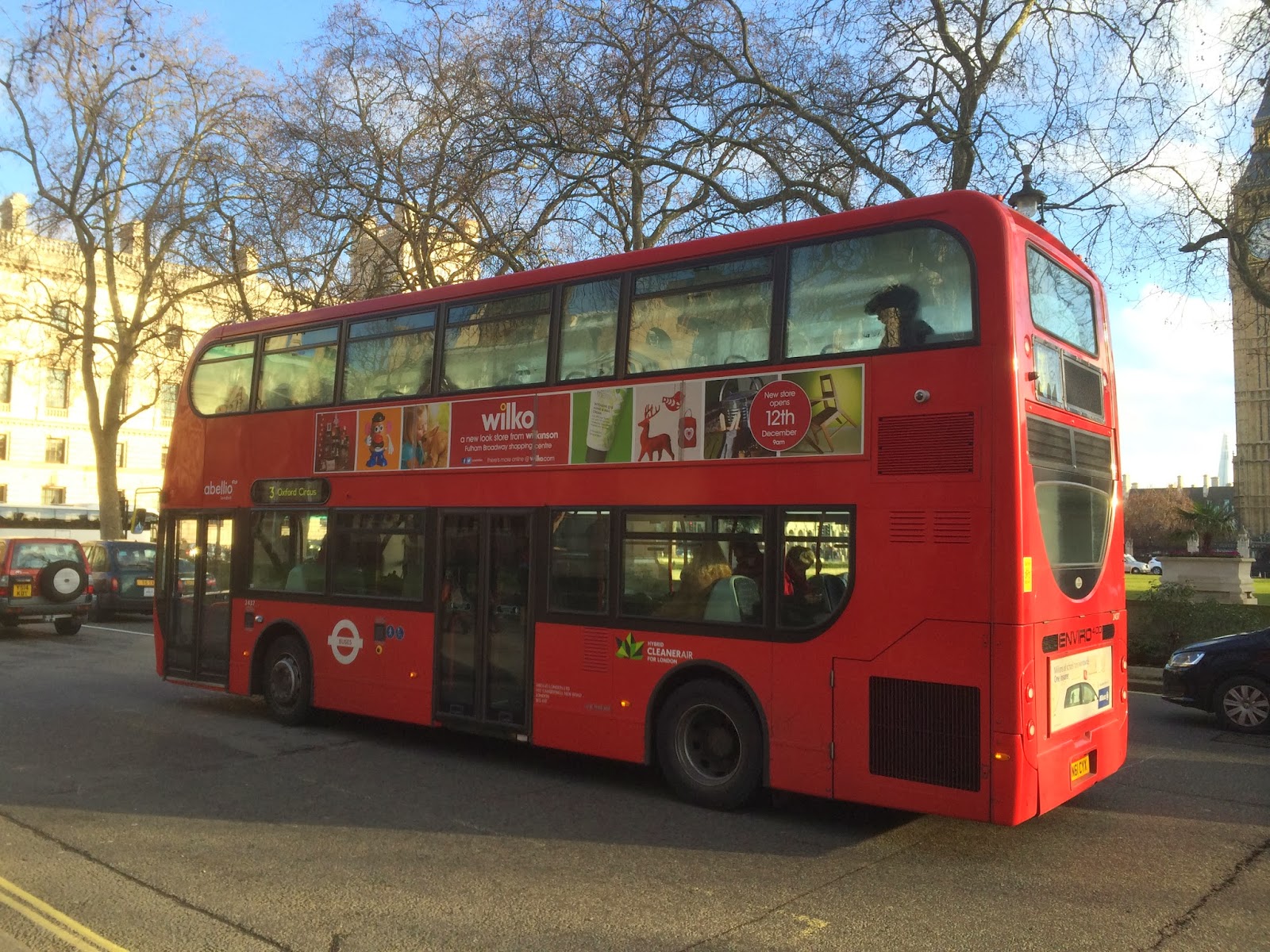 I then took a Double Decker bus for around 10 blocks just so I could say that I did.  The view from the top deck is great.  It cost me 8 pounds to have an all day pass for the Tube and included all buses as well. 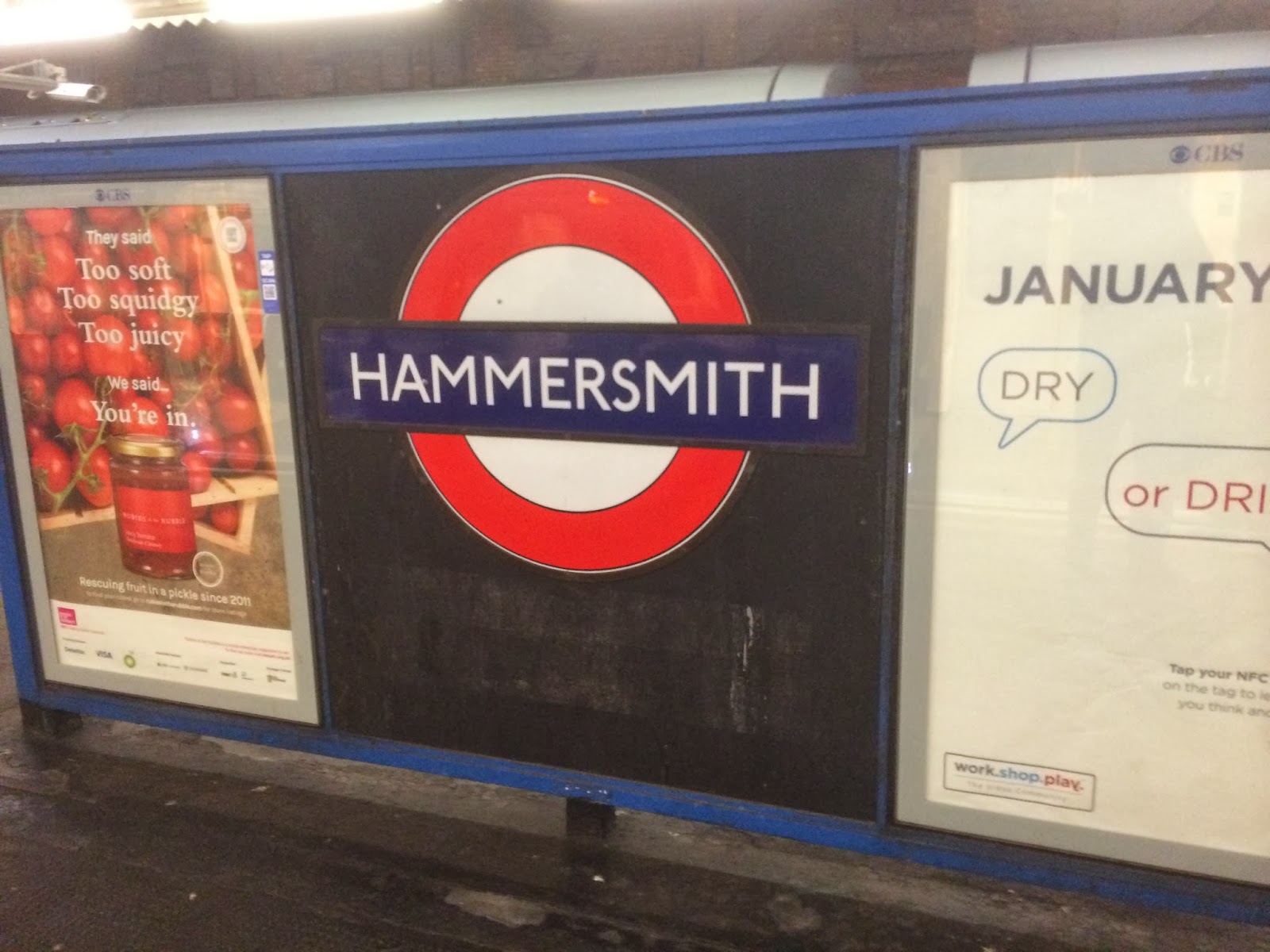 I jumped on the Tube, went to Westfield Shopping Centre grabbed a bite to eat and then found a small Inn called Abbey Hotel.  I always wanted to go through one of those doors of row housing.  For the whole block the facade on the front looked the same and there was only a small sign over the door saying Abbey Hotel.  I buzzed in and was shown a tiny little room that had wifi, a shower, toilet and single bed.  Reminded me of a Mr. Bean episode. 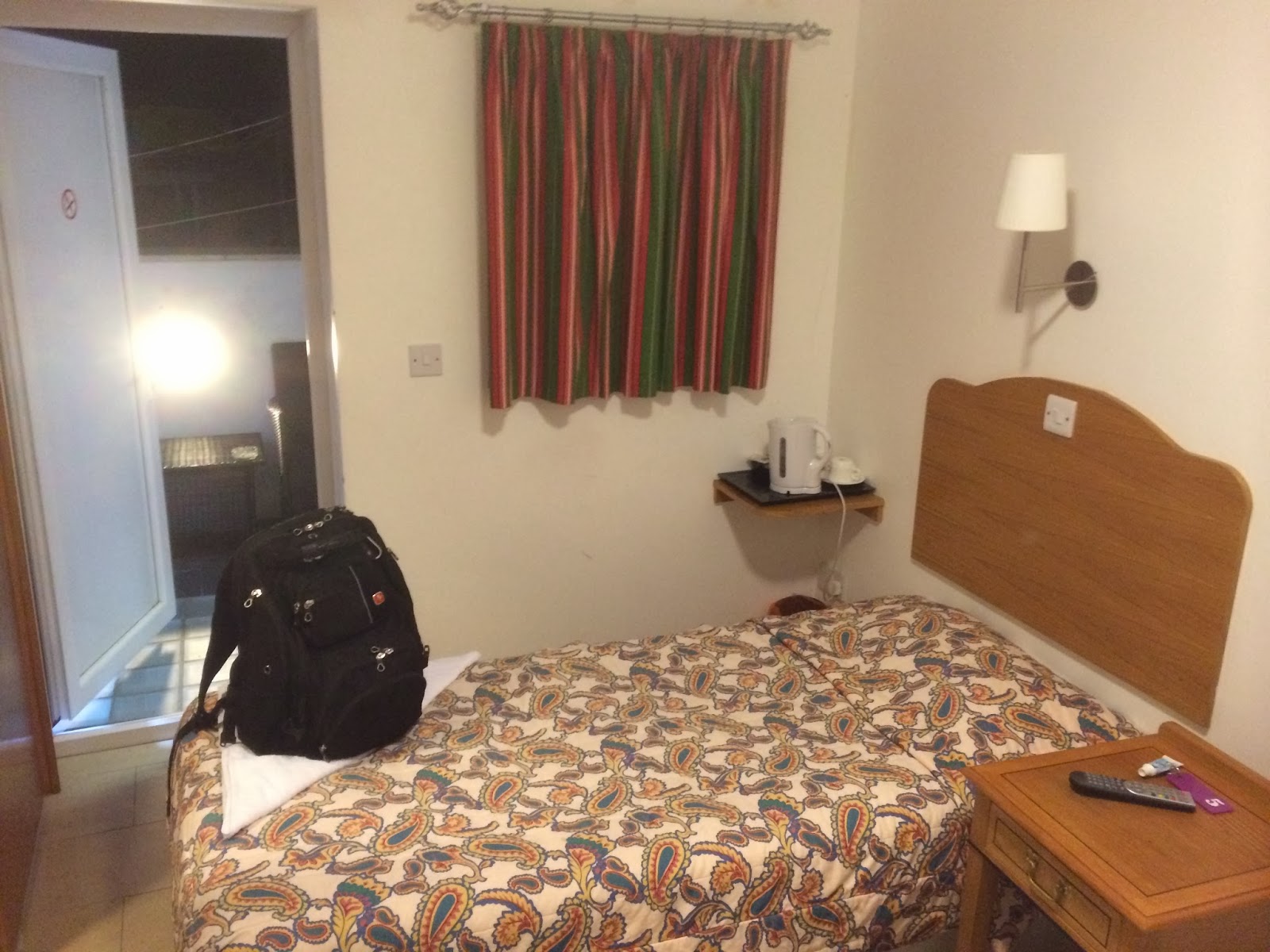 They also had a great invention that used the hot water line to heat the towels. Funny to see a hint of luxury in this tiny room! 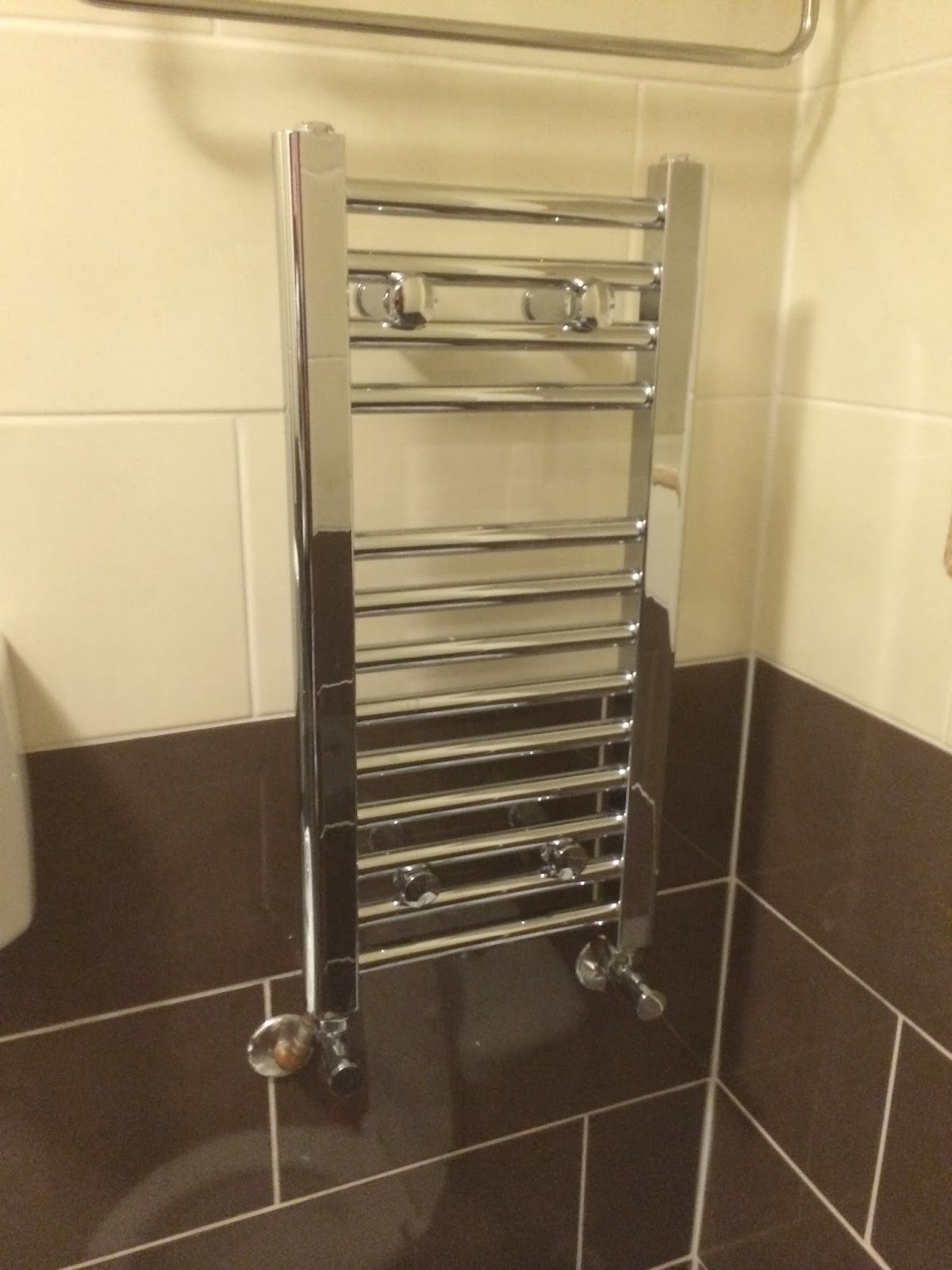 After dreaming about Sherlock Holmes (must have been because I walked by Scotland Yards), I reorganized my backpack - which security went through after I forgot to take out the iPad.  There are 11 zippered compartments and she went through each one.  Then swabbed it all and set the detector machine off.  Good thing they decided to use a different machine and found out that the original had problems.
I was going to go out for Fish and Chips, but my stomach was giving me problems - guess I am related to my Uncle Dale!  I took the Tube to Heathrow to catch my 10:30 GMT Flight to Tel Aviv.